Called ‘Wake Up’, the initiative hopes to inspire travellers to holiday in their own backyard through a range of “eye catching and tongue-in-cheek” advertisements and special offers. 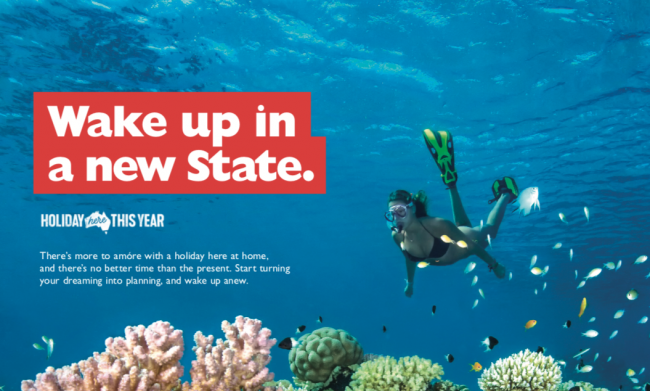 To run until 4 November, Wake Up showcases every state and territory in Australia, with “immersive” products including “self-drive packages along Australia’s iconic coastal roads and wine country, outdoor and island getaways, walking tours and glamping trips, and vibrant city, events and food and wine experiences”.

Flight Centre will deliver the Wake Up campaign via its own assets, customer database, and paid traditional, digital, and social media.

“We want to remind the market that we are an Australian company through and through,” Flight Centre managing director James Kavanagh says.

Marking the first collaboration between Flight Centre and Tourism Australia in eight years, the new initiative ties in with Tourism Australia’s ‘Holiday Here This Year’ campaign, the latest iteration of which was launched yesterday. 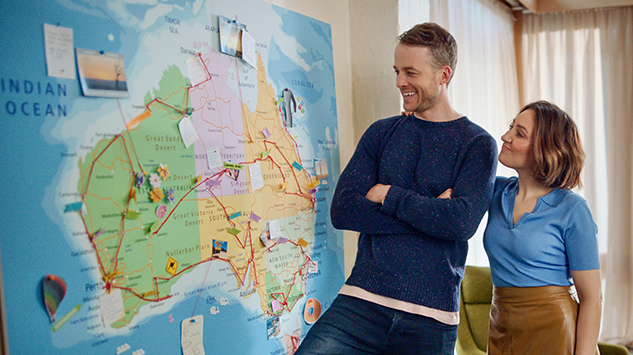 A key focus of the new TA campaign, which is fronted by Hamish Blake and Zoë Foster-Blake, will be to encourage Australians to travel more like international travellers.

“The campaign will continue to showcase some of the worst-hit bushfire areas, along with popular tourism destinations that have been badly impacted as a result of COVID-19.”

“This campaign will be rolling out in several bursts of activity over the coming year, which we’ll continue to update you on.”