Soon to be the proud owner of four new A220s, Air Vanuatu expects to not only increase the number of its flights in existing markets, but also start services in new ones, the carrier’s boss has said. 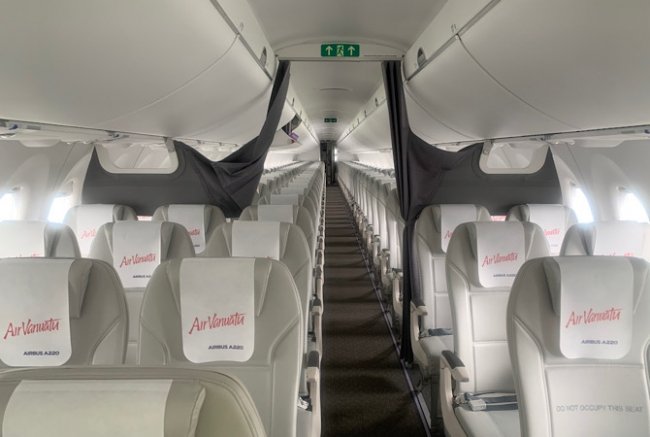 Image from an A220 demonstration flight. The Air Vanuatu craft will look slightly different.

In Vanuatu’s Espirtu Santo after a demonstration flight of the A220-300, Air Vanuatu chief executive Derek Nice extolled the virtues of the new narrow body, a craft with a proven 20% lower fuel burn and 13% cost advantage.

According to Nice, the economics of the aircraft allows Air Vanuatu to increase the number of flight offerings in its existing markets (currently Sydney, Brisbane and Melbourne), which means the airline can offer better connection times for residents in other cities in Australia and beyond.

The cost advantages of the new aircraft will also enable the carrier to start services to smaller cities that currently don’t have non-stop services to the South Pacific. 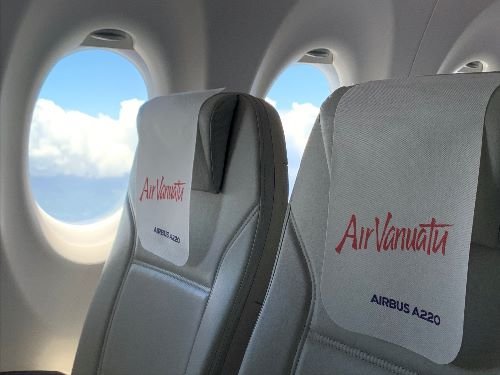 The powers that be at Air Vanuatu have not yet decided which cities will benefit from the arrival of the A220, “but we’re talking to a number of cities and airports and we will be making that decision on the next destination in Australia probably within the next few months”, Nice said.

The A220 boasts the quietest cabin, widest seats, largest windows and most overhead bin space in the aircraft’s market segment.

Traveltalk is in Vanuatu to preview the new A220 aircraft.