The Air Monitor 2020, published by American Express Global Business Travel (GBT), predicts that political and economic uncertainty across the globe will contribute to a continued slowdown in demand growth for air travel in 2020.

Despite rising costs for oil, labour and infrastructure, fierce competition in the sector indicates that airlines will have minimal scope to raise fares. 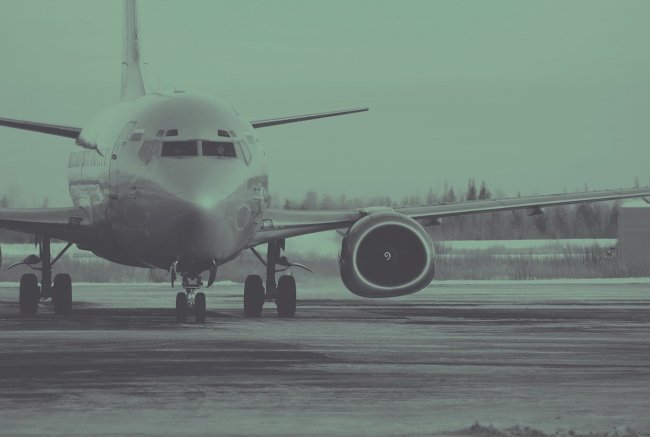 Joakim Johansson, Vice President, Global Business Consulting at GBT, said: “While uncertainty looks to be a key theme in the coming year, in this report we see several factors likely to affect buyers of business air travel in 2020, such as airline retailing strategies, growing fare segmentation and increased focus on sustainability.

“With a range of changeable elements impacting corporate air programmes, it is important for buyers to equip themselves with the best available insights, data and advice, to support successful outcomes for their organisations.”

North America: Trade tensions continue to cause drag on economic growth across the continent, also impacting the Canadian economy. A large capacity increase means air fares within North America are predicted to rise by only 1.5% across both business and economy. Fares to European destinations could also increase, due to a reduction in capacity from Norwegian Air. However, Brexit uncertainty has the potential to dampen any rises. Meanwhile, political volatility in South America looks likely to cause a fall in fares of around 1%.

Europe: The Monitor forecasts that fares will remain flat, against a background of sluggish growth, with prices rising by less than 1% on flights within Europe. Airlines are under pressure on a number of fronts, with concerns about over-capacity, strong competition in the open aviation area, high regulatory costs and inefficient infrastructure. The flygskam (‘flight-shame’) phenomenon has been most prevalent in Europe, driving increasing competition from rail routes.

Asia Pacific: The region remains the growth engine of the global economy, but the gradual slowdown predicted in last year’s monitor will continue in 2020. Fares on flights within Asia are expected to rise by 2.9% in business class, and 1.8% in economy. The grounding of India’s Jet Airways has removed a significant chunk of capacity from the region, and this will see modest upwards pressure on some fares.

Fare segmentation continues to grow as a way for carriers to simultaneously meet the different needs and budgets of their passengers and respond to the competitive challenge posed by low-cost carriers (LCCs). Fare segmentation (‘unbundling’) is not limited to economy fares: Emirates recently became the first airline to offer unbundled business class fares, and other carriers may follow suit. The availability of cheaper business class seats could open up new opportunities for corporations in their negotiations with carriers.

Low-cost, long-haul carriers have previously looked poised to have a major impact. However, except for those providing inter-regional services in Asia Pacific, long-haul LLCs have largely floundered. It’s a different story on short-haul routes where traditional LCCs continue to thrive, putting pressure on the mainline carriers.

Sustainability comes to the fore: airlines, regulators and travellers are taking a growing interest in sustainable travel. Many of the world’s largest airlines have already introduced, or are planning to introduce, carbon emission offsets or biofuel surcharges. Governments, especially in Europe, have introduced proposals to raise taxes on aviation, while reducing tax rates for alternative modes of transportation.

‘Nimble’ air contracting can give corporations the agility they need to manage their air programmes effectively in an unpredictable world. The Air Monitor 2020 includes an overview on building a nimble air programme from the GBT Global Business Consulting air practice team.

For comprehensive data and analysis of the conditions impacting air fares over the coming year, insights into air fare trends including fare segmentation, sustainability, airline retailing strategies and an introduction to nimble air programmes, please download the Air Monitor 2020.