Southwest forced to deny it has placed cameras in lavatories

A flight attendant is suing Southwest Airlines for allegedly retaliating against her after she reported two of its pilots for live-streaming a video from a plane bathroom to the cockpit. 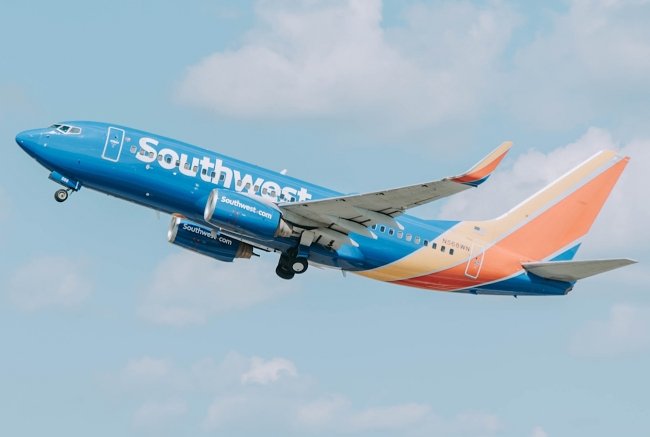 According to the Arizona lawsuit, Phoenix-based cabin crew member Renee Steinaker was called into the cockpit during flight 1088 while Captain Terry Graham used the bathroom; airline policy requires two crew members to be present in the cockpit at all times.

As she entered the cockpit, the suit states Steinaker saw a mounted iPad showing what she said appeared to be Graham in the bathroom. Looking panicked, the filing states that co-pilot Ryan Russell told her that the cameras were part of a new top-secret security measure for all Southwest planes.

"They led her to believe that she and others had been filmed - had been videotaped if you will - while they were using the lavatory. It's really hard to imagine a more outrageous kind of conduct," Steinaker’s attorney, Ronald L.M. Goldman told the USA TODAY network.

The court filing also states that the flight attendant had taken a photograph of the tablet on her phone.

In an email to USA Today’s Arizona Republic, a spokeswoman for Southwest said the carrier would “vigorously defend the lawsuit”.

"When the incident happened two years ago, we investigated the allegations and addressed the situation with the crew involved,” she said.

“We can confirm from our investigation that there was never a camera in the lavatory; the incident was an inappropriate attempt at humor which the company did not condone.”

In the suit, Steinaker claims she was told not to talk about the incident with anybody, and was warned that "if this got out, if this went public, no one, I mean no one, would ever fly our airline again".

Since the incident, Steinaker and her husband, who is also a Southwest flight attendant, have allegedly been stalked, watched by managers in a "threatening and bizarre manner" and subjected to increasing performance audits.