That food at an airport is overpriced is hardly surprising. That it can incur such wrath and stir up almost as much nationalism as the Olympics is another thing entirely.

There are three types of people in the world: those who like Vegemite, those who LOVE it and... the rest. I straddle the line between like and love, which means that while Vegemite’s presence in my pantry is crucial (to the point that I once paid US$17 for a jar of the stuff when living in the States), I don’t feel the need to eat it by the spoonful or smear it so heavily on toast that I no longer see the grain beneath.

But even I had to baulk at the sight of this serving of so-called Vegemite toast from an airport eatery. 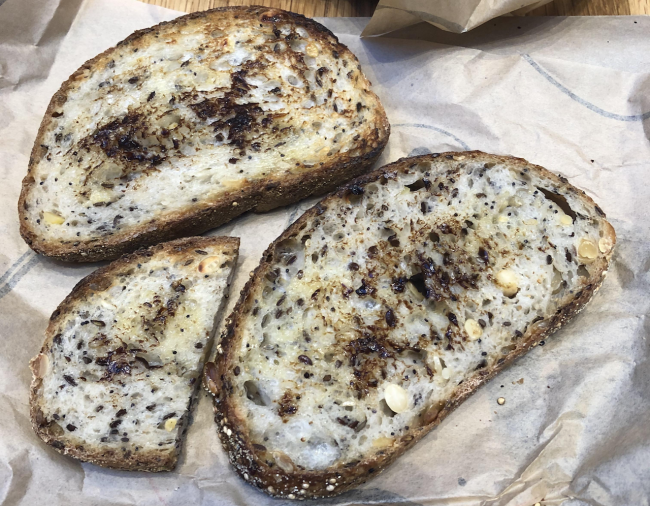 Others were quick to join the fray.

“This looks like they walked past a jar of vegemite while holding the bread and then called it a day,” u/funfwf commented.

Many seemed to think the original poster had grounds to take the matter to the courts.

“This is an outright crime,” u/ThaPound wrote.

“Should be grounds to sue!” u/SQLerection said..

u/cuddlezz11 claimed to have worked at Soul Origin and “was the only bloke who eats vegemite and was regularly told off for putting ‘too much’ on the toast”.

While I dislike the adjective ‘unAustralian’ almost as much as I hate an overly Vegemited piece of toast, even I wonder if the person spreading the Vegemite either loves the stuff (and is thereby hoarding it all for themselves) or hates it and can only take being around it in clearly very, very small doses.

To get our Australian back on, I’ll leave you with this. Now just try and NOT sing this all day...