Way back when, before we had to choose between parking at the airport or saving for a deposit on a house, my entire family (grandparents, aunts and uncles, cousins, neighbours and even that family we only kind of liked) would descend at Arrivals or Departures whenever anyone came home or went someplace else.

The kids would collect abandoned trolleys to get back 20c deposits, while the parents sipped at probably sub-par coffee in toxic styrofoam cups.

And we would wait. And watch.

Whenever I get gloomy with the state of the world, I think about the Arrivals gate at Heathrow Airport. General opinion's starting to make out that we live in a world of hatred and greed, but I don't see that. It seems to me that love is everywhere. Often it's not particularly dignified or newsworthy, but it's always there: fathers and sons, mothers and daughters, husbands and wives, boyfriends, girlfriends, old friends. When the planes hit the Twin Towers, as far as I know none of the phone calls from the people on board were messages of hate or revenge - they were all messages of love. If you look for it, I've got a sneaky feeling you'll find that love actually is all around.

There’s a reason why the Love Actually airport scenes resonate with so many. Something softens us when we see a child reunited with their parent; that kiss between lovers; or that beautiful moment when, after scouring the faces of strangers, the newly arrived recognises someone and their eyes lock.

Jake Barwick chose that very special place to ask his girlfriend to marry him.

Barwick and his girlfriend Lila last saw each other in February, when she left to visit family in Argentina, 7News reported. 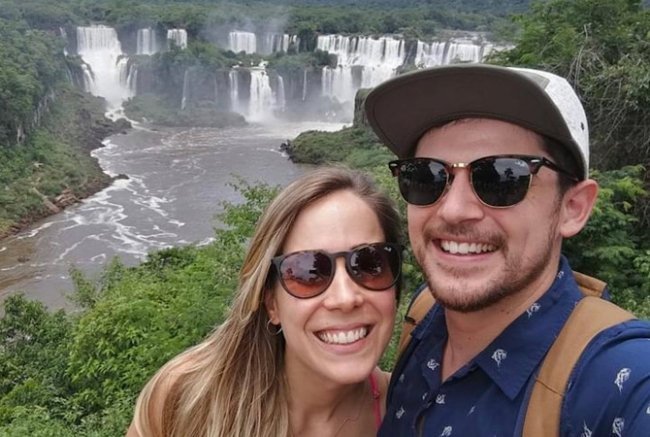 Separated for nearly ten months, Barwick met Lila while holding a rose and standing in front of a sign asking for her hand.

“It’s been a long 202 days since we’ve last seen each other but today Lila was granted not only her visa extension but also her exemption to enter Australia,” Barwick posted to social media.

“This was no easy feat and we’ve had many stressful nights and setbacks to get to where we are today, but we are so thrilled to finally have this news to share!”