As they watch movies, flyers could be the ones videoed

We bet drop down screens didn’t have these...

So there could be a downside to all of that wonderful inflight entertainment to which flyers have become accustomed: it turns out that many of those large, high definition back-of-seat screens actually have small cameras built into them. 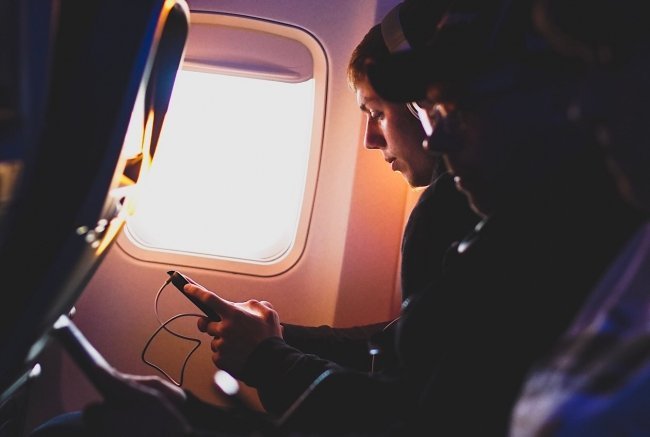 The revelation (which admittedly mightn’t be news to the most observant - and tech-savvy - among us) comes after three of the world’s biggest airlines - Singapore Airlines, United Airlines and American Airlines - admitted that many of their planes have cameras installed on the backs of passengers’ seats.

Built into their new seat-back entertainment systems - and thus the creation of the manufacturers of the devices, and not the carriers - the cameras have apparently been fitted to allow flyers to video chat or conduct seat-to-seat conferencing, an AA spokesman told The Independent.

While Singapore, United and American have said they have never used the cameras - or have plans to use them - they could be in use on other airlines.

The issue was brought to the world’s attention after a passenger on a Singapore flight tweeted a photo of the camera, saying, “Just found this interesting sensor looking at me from the seat back on board of Singapore Airlines. Any expert opinion of whether this a camera? Perhaps @SingaporeAir could clarify how it is used?”

The photographer, Vitaly Kamluk, said the cameras should be covered with stickers to protect privacy.

Just found this interesting sensor looking at me from the seat back on board of Singapore Airlines. Any expert opinion of whether this a camera? Perhaps @SingaporeAir could clarify how it is used? pic.twitter.com/vy0usqruZG

“The cameras are probably not used now. But if they are wired, operational, bundled with mic, it’s a matter of one smart hack to use them on 84+ aircrafts and spy on passengers,” he wrote.

Spokesmen for Singapore and American said cameras were in seats on 84 and 82 of their long-range aircraft respectively.

American’s systems are made by Panasonic, while Singapore uses Panasonic and Thales systems.

Does it bother you that your next flight might have a camera aimed directly at you?