The European Union Aviation Safety Agency (EASA) will no longer recommend masks be worn at airports and on planes starting 16 May, though member states can still require them.

“Passengers should however behave responsibly and respect the choices of others around them,” EASA Executive Director Patrick Ky said.

“And a passenger who is coughing and sneezing should strongly consider wearing a face mask, for the reassurance of those seated nearby.” 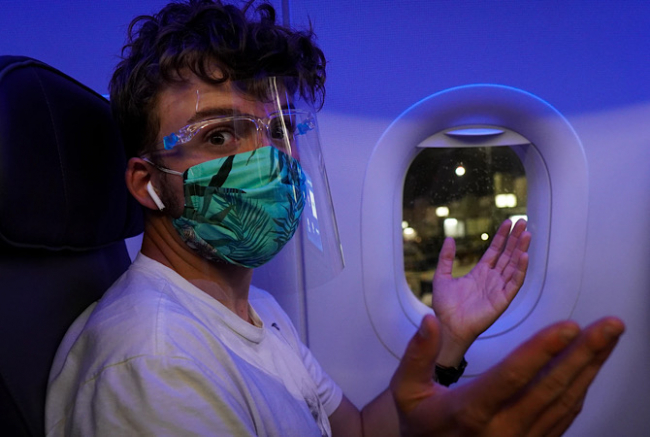 Despite the recommendation, rules for masks will still vary by airline if they fly to or from destinations where the rules are different. Like Australia.

A representative for transport minister Barnaby Joyce told the Age that a change to Australia’s federal mask mandate for airports and planes would be supported if it was made based on the relevant health advice.

Professor Nancy Baxter, head of the University of Melbourne’s school of population and global health, claims that airports and planes are higher risk settings and lifting the mask mandate would be unwise.

“[Y]ou are confined to a very small space in very close proximity to other people on a plane, and you’re forced to sit for long periods of that time,” she said.

Professor Adrian Esterman, a professor of biostatistics at the University of South Australia said that wearing a mask on a plane was a passenger’s only defence when they “don’t get the choice to move away”.