Boeing has recommended carriers ground aircraft that use a particular type of engine after one of those engines dramatically failed during a recent flight in the US.

Over the weekend, the cowling and some other parts of a Pratt & Whitney 4000 engine on a United Airlines B777 broke away mid-flight, with Colorado police images later showing plane debris scattered on the ground. 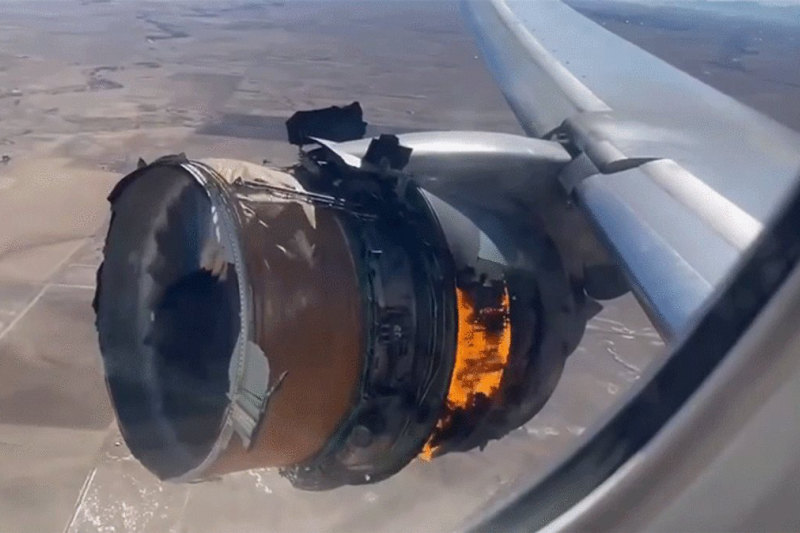 According to Reuters, the United aircraft landed safely at Denver International Airport, but the US carrier said the next day it would voluntarily and temporarily remove 24 active planes that use the engine.

The announcement was made just before US regulators said extra inspections would be carried out on the engines, which the Federal Aviation Authority (FAA) said were only used on some B777 planes used by United, and carriers in Japan and South Korea.

The 777-200s and 777-300s that use the engine are older planes and are apparently being phased out of most fleets.

An initial examination by the National Transportation Safety Board (NTSB) revealed that most of the damage in the UA incident was confined to the right engine, with only minor damage found on the plane.

“We reviewed all available safety data,” the Federal Aviation Authority (FAA) said in a statement.

“Based on the initial information, we concluded that the inspection interval should be stepped up for the hollow fan blades that are unique to this model of engine, used solely on Boeing 777 airplanes.”

Japan Airlines and ANA have suspended their use of 777s with P&W4000 engines until Japanese regulators decide on possible additional measures.

In December 2020, the Japanese ministry said a JAL plane of the same age as the United jet travelling from Okinawa to Tokyo experienced a malfunction in one of its engines, before returning to Naha Airport.

A spokesperson for South Korea’s transport ministry told Reuters before Boeing’s recommendation that it had not yet taken any action, but was monitoring the situation.

In February 2018, a United 777 bound for Hawaii suffered an engine failure when a cowling came off 30 minutes before the plane landed safely.