MARK HARADA is no stranger to Philippine Airlines, but his first time flying the carrier’s business class was an experience to really savour. 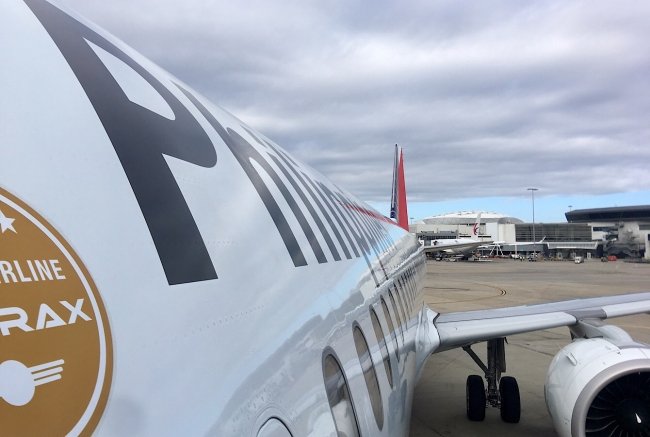 Predictably for business class, check-in is quick and easy, though even the economy line isn’t too long (despite it being a “full” flight, per the ground agent).

PAL business passengers departing Sydney have access to the swish KrisFlyer Lounge, which has a nice selection of food and beverages. But it is quite a hike to the gate, so allow a few extra minutes to make the trek if you need to. 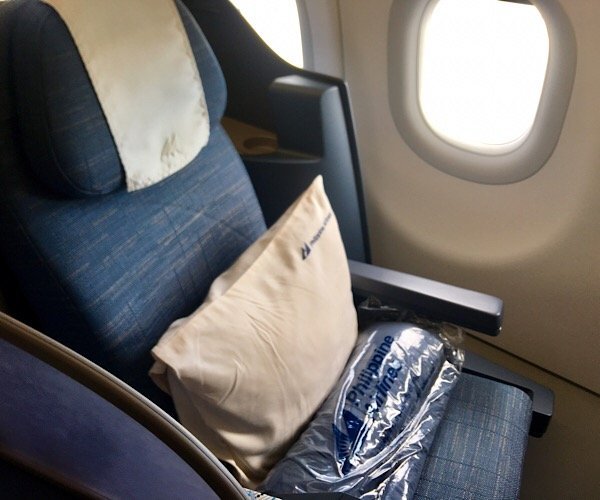 Philippine Airlines’ currently uses a single-aisle A321 Neo plane on its Sydney-Manila route. But the carrier will be changing back to its A330 aircraft on the route this year.

Despite the narrow body, business class in the newer 321 features fully-flat seats/beds, in a herringbone formation. Whether upright or in the flat position, they’re super comfy - and with a large pillow under my head and warm doona thrown over me, sleep comes easily.

Between my seat and my neighbour, there’s a small screen which strikes a good balance between privacy and allowing for interaction, while there’s also ample storage space for all my bits and bobs.

During the flight we’re also given a swanky amenity kit, which features some nice ‘Acca Kappa’ toiletries, grooming products and sleeping aids. 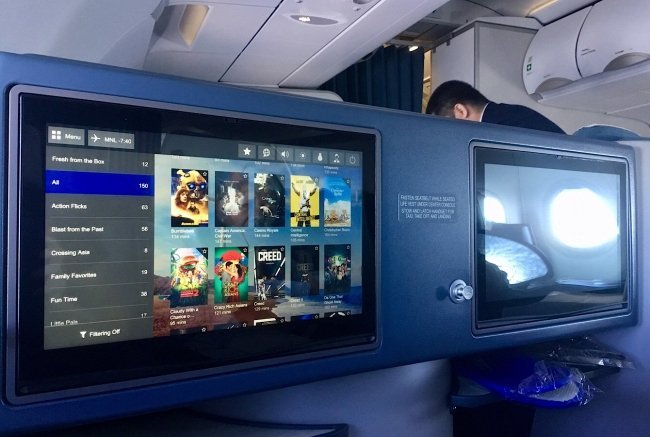 Entertainment:One of the best aspects of the flight, entertainment comes by way of a massive personal screen along with some noise cancelling headphones.

The catalogue of movies isn’t vast (150 movies all up). But it is well curated, with new films like Creed 2 and Mary Poppins sharing the screen with older classics such as Jurassic Park and Back to the Future. Kids are well catered for too, with Peanuts Movie and We Bare Bears among the options for children.

Likewise, television is limited, with 35 shows. But again, it does cater to a wide range of tastes, whether you’re into dramas like This is Us or comedies like Cheers.

I watch an excellent film called ‘Hearts beat Loud’, which I can thank the person in the front row for (as I could make out parts of the movie she was watching easily from my seat).

Arguably the highlight of the entertainment offering is the nifty handheld remote, which boasts a finger-track pad for easy control. It’s also the first time I’ve used one of these on a plane.

On top of all of this, business class passengers are issued a card that gives them 100MB of free wifi. I use it for messaging (with some images) and emails, and it works beautifully, which is remarkable for inflight wifi. 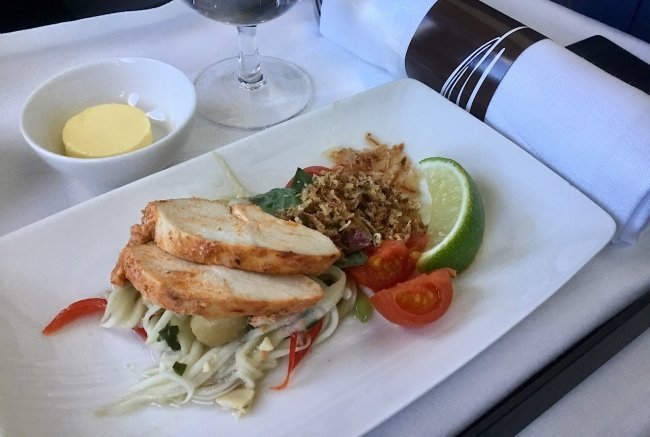 Food and beverage: Served on crisp white linen and crockery, the main meal is a multi-course affair.

After starting with some hors d'oeuvre and champagne, lunch moves onto a cold chicken dish, though the delicious green papaya salad is the star here.

My vegan main course is tasty too, a healthy mix of vegies and a nice (meatless) cherry tomato ragu. Various warm breads, including a (literally) irresistible garlic bread are also served.

Another winner, dessert is a choice of a good-looking cheese and fruit platter, a walnut panna cotta and a selection of delish Sydney-made Serendipity ‘Super Premium’ ice creams.

On the drinks side, there are some good beers and a great selection of red and white wines, but for those looking for a bit more fun, the service also offers cocktails from martinis and mimosas to Rob Roys. 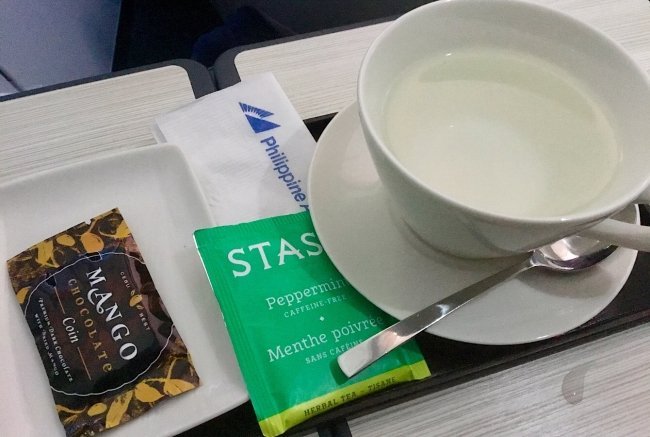 Service: Filipinos, generally, know how to do hospitality; it’s almost in their DNA. And on this PAL flight, it’s no different. The service is professional, polite and comes with a lot of smiles (which brings a smile to this face).

During the meal services, my water is constantly topped up, and my special requests for tea between meals are quickly seen to. Expect great hospitality with PAL.

On-time performance: Thanks to the tardy arrival of the plane in Sydney, we’re a little late departing. But touchdown in Manila is only around 30 minutes behind schedule, which is acceptable.