What’s different about flying now? Has streaming and lockdown killed inflight entertainment? Check out Traveltalk’s top tips and find out what GAYA AVERY packed that changed her flight experience forever. 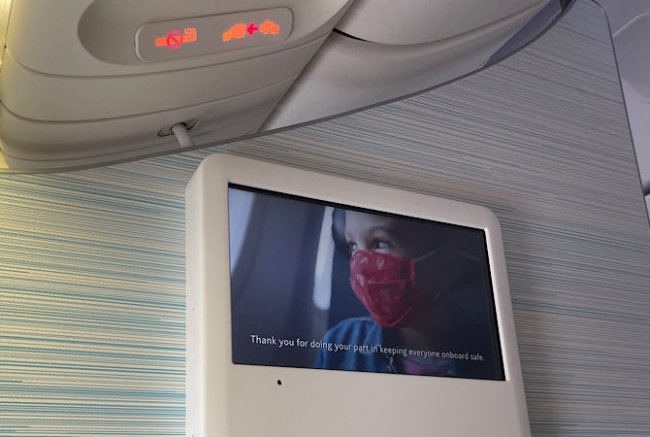 After my flights were ticketed by the incredibly helpful (and incredibly busy) Greg from Travel Utopia, all the pre-flight preparation was easy.

Useful email reminders were sent from the airline, advising the entry requirements of both Air Canada and the destination, which meant I could check and double check I’d have all the right bits and pieces before departure.

I was able to change seats and check in online 24 hours out in possibly the most seamless airline process I’ve done in awhile thanks to Air Canada’s app, with boarding passes able to saved to my Apple wallet.

This meant I was relatively at ease when I went to bed the night prior to my leaving, but when I went to check the flight’s departure time one more time, I saw that the airline recommended getting to Sydney Airport four hours ahead of departure. Considering my flight was due to depart at 9.30am and I live on the other side of the city, I did not really want to aim to be at the airport at 5.30am.

SO HOW EARLY DID I NEED TO ARRIVE?

A friend who had left for Vancouver on Sunday said she had time to spare having arrived three hours before her flight and I would have to agree. 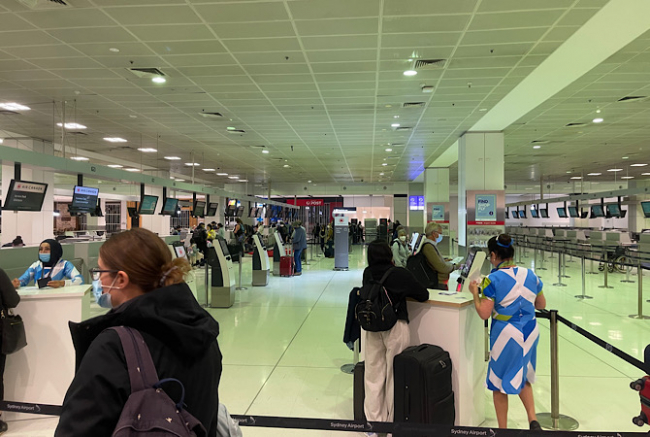 It took me 20 minutes to clear the document check, but this would have been less if passengers had been ready with all their documents and there had been someone at the entry to advise people where to go. The two people checking documents were also in charge of helping people at the baggage drop kiosks but kept getting interrupted to tell people that they still needed to queue for document check regardless of if they had checked in online.

The rest of check in was easy and security was probably less busy than a pre-pandemic Tuesday morning at Sydney Airport.

I had enough time to make a claim at the Tourist Refund Scheme counter, trial some fancy face serums and creams (a crucial pre-flight custom) care of Duty Free, and walk about before my flight boarded (late).

I was in the window seat (18A) in the first row of Economy. Because it was a bulkhead there was lots of legroom and I could step over my seat mates without ending up in their laps. The seat had both power for my laptop and my phone.

Has streaming and lockdowns killed inflight entertainment? Or is the art now in the compilation of the entertainment, the local offerings? If that were the case, then Air Canada would be that cool kid with excellent taste. Inflight WiFi was also available for purchase.

I had the vegan option which was spiced chickpeas, baked potatoes and steamed (so boiled) broccoli served with a pumpkin and quinoa salad. Dessert was lovely but I can’t place what it was - sorry. Seven or so hours in and I was served a roasted vegetable roll with green salad. 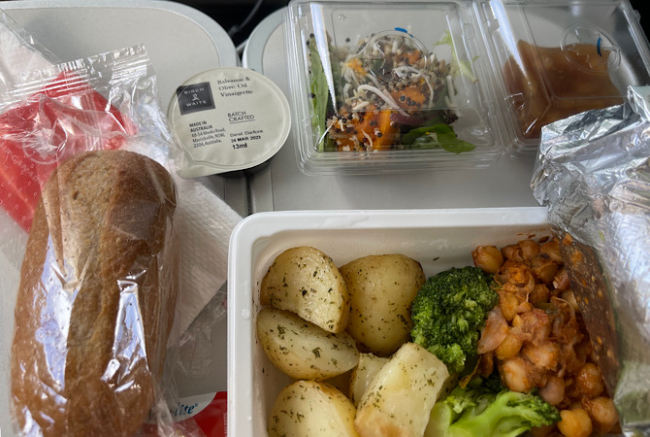 Canadian friendliness is cliche, but with good reason. Robert, in particular, was cheerful and friendly and enforced rules in such a way that you almost didn’t know they were rules.