MARK HARADA gets a taste of Japan on its national carrier and leaves satisfied. 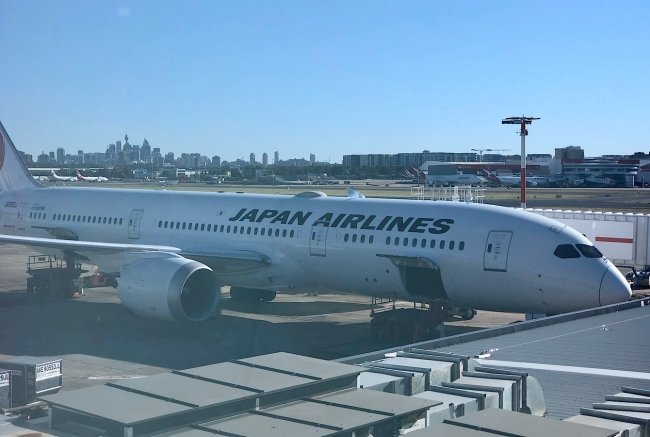 There’s virtually no one in line at check-in, so I’m ushered immediately to a counter, where a very friendly crew member (Jo) quickly sees me through the process. It couldn’t have been any quicker or easier doing it online.

The first thing I notice upon boarding is the size of the economy cabin, which seems dwarfed by the business and premium economy cabins. JAL is obviously putting a lot of focus on its premium products, which hopefully rubs off on the rest of the plane.

JAL’s economy seat was named best in the world for three years running at the World Airline Awards, so my expectations are pretty high.

I’m struck by how firm the seat is when I first sit down, underneath and behind, but my body quickly adjusts. And it does feel a little wider than your average economy seat. As I’m in the front row of the cabin, I’m also afforded extra legroom which makes it all the more comfortable.

Two hours into the flight, the lights are dimmed, and the large windows tinted blue, no doubt to induce sleep or just make passengers even cosier - which works as I drift off for a while.

When I awaken, I use the restroom for the first time to find one of the famous automated Japanese bidet toilets. On a plane. 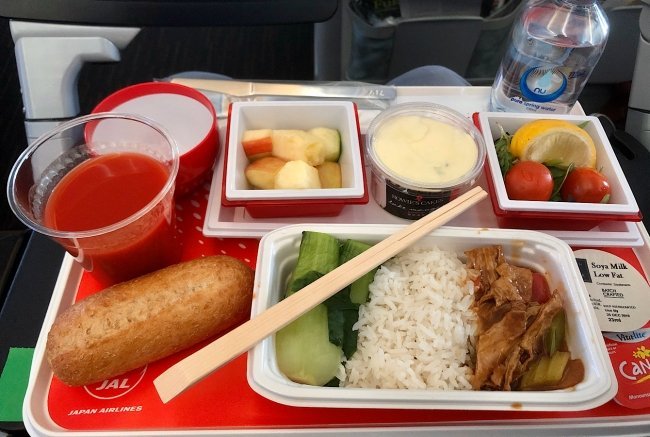 My ‘Oriental Vegetarian’ meal consists of a tasty mock-meat dish in a Chinese-style sauce, with rice and bok choy. On the side, there’s a small green salad (which could have done with more dressing than a slice of lemon), bread roll, fruit salad and delicious Luke Mangan/Rowie’s Cakes passionfruit mousse.

For dinner I’m served an appetising yakisoba (fried noodle dish) with tofu and shiitake mushroom, and fresh fruit again on the side.

To drink, there’s a choice of juices (including JAL’s ‘Original SKY TIME Kiwi’ beverage) along with soft drinks, hot and cold green teas, and plenty of harder drinks like sake, and even Japanese ‘shochu’ (plum wine). The white wine must have been good too, if the volume my Japanese female seat mate consumed is anything to go by.

On a good-sized, responsive  touch screen, there’s a decent, if not hugely extensive, selection of movies and television - from recent releases like ‘Once upon a time in Hollywood’ and Marvel films to TV standards such as Modern Family - along with music across many genres.

And if you’re into Japanese culture, unsurprisingly, there’s plenty to dig into here too. There’s also a small selection of kids stuff, games and e-books that consist entirely of Japanese manga.

Wifi is available for a small fee. 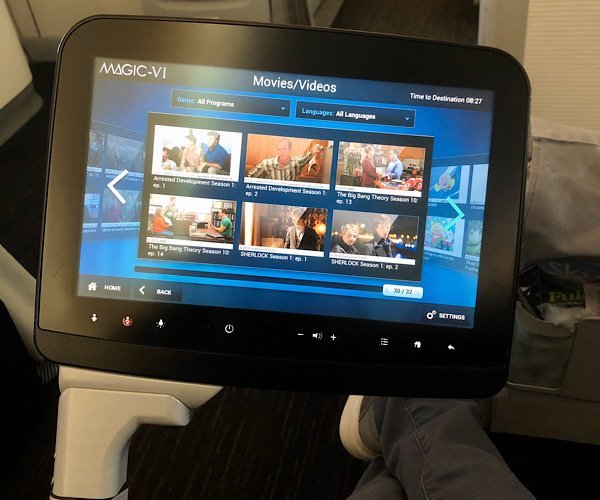 From endless cabin crew bows and politeness to hot towels (real, not disposable) before meals and sweeping already clean carpet, the service on this flight is unmistakably Japanese.

Perhaps that’s why it feels a little more geared towards the Japanese passenger. But at no time do I (a half-Japanese flyer) feel neglected, as the crew clearly extends this Japanese-ness to all.

In fact, they’re quick to see to me about my special meal - confirming it with stickers - and remember to take my drink order straight away so I’m not left thirsty when my meal arrives early.

We touch down in Narita 20 minutes early: not bang on time, in true Japanese style, but close enough.

The writer attended the JNTO E-Learning Agent Famil as an exclusive media guest of the Japan National Tourism Organization.