MARK HARADA checks out Solomon Airlines’ ‘Belama Club’ class on a flight from Brisbane to Honiara, which he discovers for a small fee is definitely worth it. Onboard: Solomon Airlines only has one jet: the A320 workhorse that also flies to Nadi, Port Vila, Kiribati and now once a week between Brisbane and Munda. Considering this and its age (well over 20 years), the cabin is in pretty good nick, especially when it comes to the leather seats, which were reupholstered just a few years ago. Adjustable headrests wouldn’t go astray, but overall they’re pretty comfy. 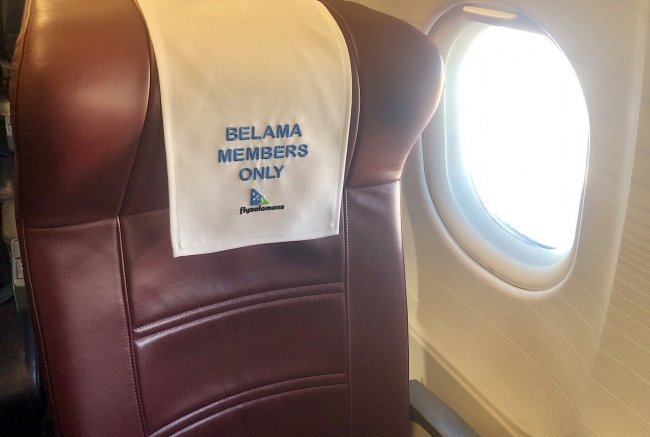 With Belama Club, you’re guaranteed a seat in the first row of economy class (six seats), which gives you all the legroom you could possibly need. But members also get priority check-in and baggage handling, and access to the Belama Lounge (in Honiara for the return leg). And of course, members are the first passengers served meals and drinks, and to disembark. An individual membership for one month (on unlimited flights) is just SB$330 (less than AU$59).

Entertainment: There are some old-looking drop-down screens (are there any new drop-down screens?), but nothing is actually shown during the flight. There are however, a limited number of newspapers (The Australian and Courier Mail), which Belama flyers are offered first, as well as the Solomons inflight magazine that’s a pretty good read. Otherwise, bring your own device on board if you want to watch/listen to something.

Catering: My special (vegetarian) meal comes quickly - within 20 minutes of takeoff. It’s delicious too, with a melange of roast pumpkin, vegetables and quinoa, and a bread roll on the side. For dessert, I have a box of Sunbeam sultanas and a totally tasty chocolate and cashew raw food bar. On the drinks side, there’s a selection of wine, beer (SolBrew, of course), juices and softies, while tea and coffee is served following the meal. 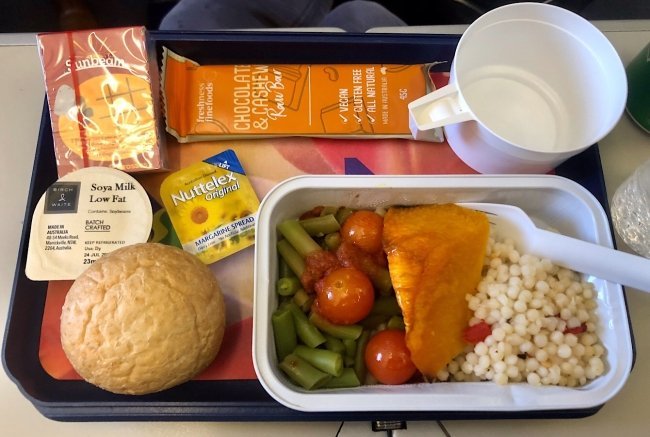 Service: The Solomon Islands are branded the Hapi Isles, and the service on this flight reflects that, with happy crew members and consequently customers. It’s not the slickest service out there, but it’s still hard to fault. It’s also one of the friendliest, which is just as important.

On-time performance: The flight departs Brisbane a little late, but by touchdown in Honiara, we’re only 10 minutes behind schedule. So all-in-all, pretty punctual.

Best feature? The seat, specifically the amount of leg room, which along with all of the other benefits amounts to around AU$29 extra each way (based on just one return flight).

Needs to improve? Entertainment, although at less than three hours, the flight still goes by pretty quickly without it.

Traveltalk tip: Take a little time to enjoy the views, especially near the Solomons where the scenery turns spectacular. As no one’s watching any screens, no one will mind if you keep the shutters up.

Traveltalk is in the Solomon Islands to attend MI SAVE SOLO, the country’s annual travel trade showcase. Whilst in Honiara, the writer stayed at the Heritage Park Hotel.

MORE ON THE SOLOMON ISLANDS:

Demand is there, now for more rooms in the Solomons