Most frequent flyers (or passengers on any form of transportation for that matter) have been seated next to someone who has encroached on their space, be it due to a bad case of ‘man-spreading’, some sleazy sidling, or most often a person’s excessive weight.

In the case of a packed flight, there’s usually little that can be done. But one flyer chose not to suck it up - and then questioned himself for not doing so.

On Reddit, the flyer admitted to making an obese man next to him pay US$150 (AU$213) for taking up at least “a quarter” of his seat. 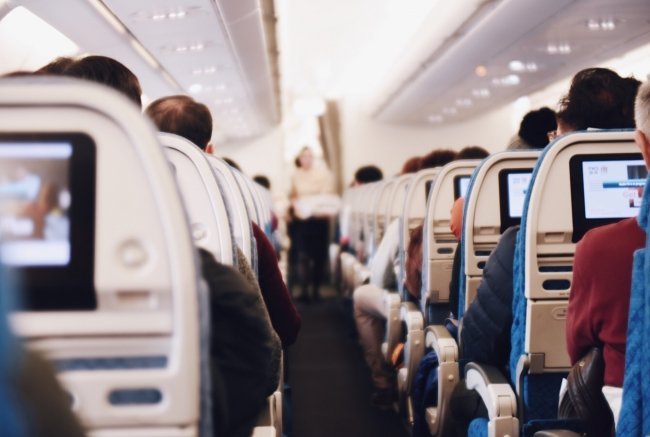 On a five-hour flight, the traveller said he had specifically “chosen an aisle seat in a row of two, so no middle seat”.

But his expected comfort is compromised when a heavily overweight takes his place next to him.

After originally taking up “about a third of my seat”, the man asked cabin crew if there was anything that could be done about the situation, which he said had seemed to embarrass the larger man.

But the flight attendant said there weren’t any other seats available and the only option was to find someone who would be happy to sit next to him or make him pay for another flight.

At this point, the overweight passenger offered to wait for a later flight, but feeling sorry for the man, the passenger makes him an offer.

“I told the guy, ‘Look, I’ll put up with this if you give me $150 — that’s half the cost of this flight and that would compensate me enough for the circumstances’,” he said.

“He instantly agrees, pulls out cash and pays me. He even told me he appreciated it.

“From my perspective, I gave the guy a valid option to stay on the flight and I was compensated for literally having only 75% of my seat max (let alone the feeling of a person’s body pressed against you involuntarily).

“He wasn’t angry at all, if anything he seemed quite relieved we could work it out privately.”

With people behind him “making under their breath comments about me being an asshole for doing that”, the flyer issues a question on Reddit about whether his actions were correct. Needless to say, he got plenty of opinions, both supportive and critical.

What is your opinion?