A Canadian man has been arrested after he allegedly made an “unfounded claim regarding coronavirus” aboard a WestJet flight from Toronto to Jamaica. 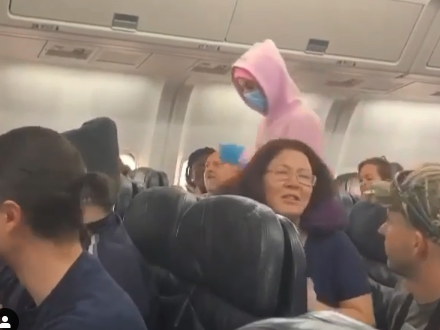 The airline said flight WS2702, which was carrying 243 passengers, was on its way to Sangster International Airport, Montego Bay, when it was forced to turn back to Toronto on account of an “unruly guest”.

According to the Toronto Sun, police constable Sarah Patten said the man "had stood up and said he had gone to Wuhan, China, and that he had the coronavirus".

“The man was assessed by a doctor and it was determined he did not have the coronavirus,” she added.

The carrier said that “out of an abundance of caution”, crew followed all protocols for infectious disease, and that law enforcement and paramedics were waiting upon their return, Canada’s National Post reported.

WestJet cancelled flights 2702 and 2703 on Monday, but scheduled an extra return flight the following day.

James Potok, 28, has been charged with one count of mischief and one count of breach of recognisance in connection with the incident, Peel regional police said.

Potok’s mother confirmed that he was the man being escorted off the plane by crew members in a viral video.

One passenger in the footage can be heard saying, “That was a good one, buddy”, while another jeered, “You’re a clown, man”.