How's this for a unique sight?

Israel's Ben Gurion Airport has taken advantage of its quieter skies and runways with the launch of several hot air balloons from the hub.

Four balloons took off from the airport as flights were halted for the unprecedented event, The Times of Israel reported.

According to the paper, balloon operators gathered at 5am near the Terminal 3 control tower, launching shortly thereafter.

Operator Amir Shemer told Ynet news that the event was something positive to come out of the COVID-19 pandemic.

"The fact that we are here this morning just shows the coronavirus can bring special things to our lives," he said. 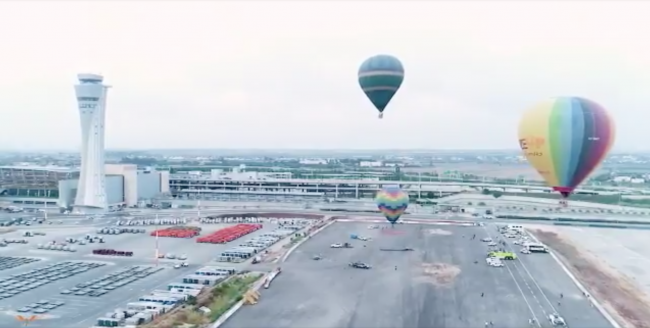 "After circling over the terminal and over the runways, we will ascend higher and leave the airspace so that the planes can land here."

Another operator called the occasion a dream come true.

"This is a unique opportunity," said Shai Nir. "There are no flights on a jumbo jet, so you can fly in a hot air balloon."