How this dog flew from Australia to Italy in Business Class

Moving overseas in a global pandemic can be difficult - especially if a beloved pet is coming with you. But not if that pet is Lewis.

In normal times, Lewis, a graduate of Melbourne greyhound rescuers Greyt Greys Rescue would likely have had a pretty tough journey flying to Europe from Australia. 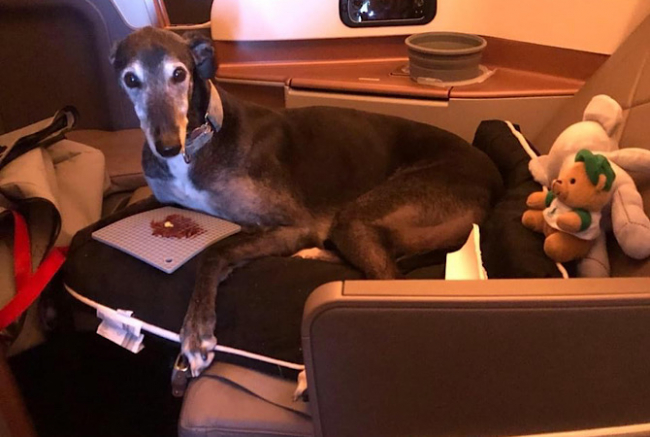 But with planes leaving our country pretty empty, things are different.

Lewis was flying with his human mum who had booked a Business Class ticket, and, as the flight was almost empty, Lewis was allowed to fly in the cabin with her.

While this may be the norm in some places, a dog in a plane cabin departing Australia is pretty rare. According to Greyt Greys Rescue Facebook post, Lewis was the perfect passenger, not crying or having any accidents (he sounds better than most people at the moment).

He was very popular with cabin crew, who said he behaved better than even some fully trained service dogs, and treated him to a special birthday treat (as if Business Class isn’t already pretty awesome). 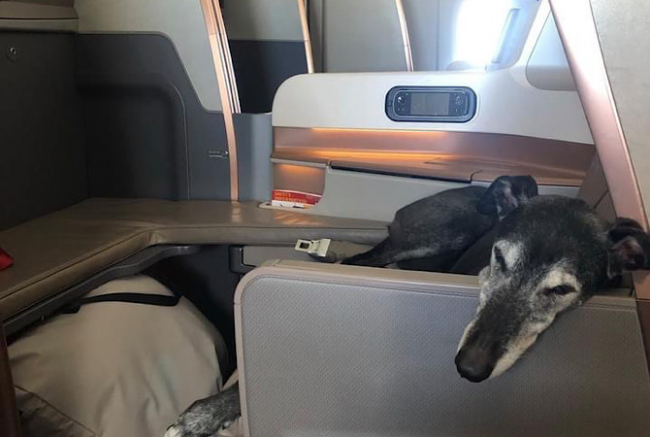 Who's a lucky boy?