How to buy a plane: shopping for aircraft with Air Vanuatu

It’s like taking a car for a test drive, writes GAYA AVERY, onboard a demonstration flight of the A220 with Air Vanuatu boss Derek Nice. The views are just much, much better.

Air Vanuatu has been on the hunt for new aircraft to add to its fleet. But just how do you go about choosing the right planes for your airline? Traveltalk posed this question to Air Vanuatu chief executive Derek Nice. 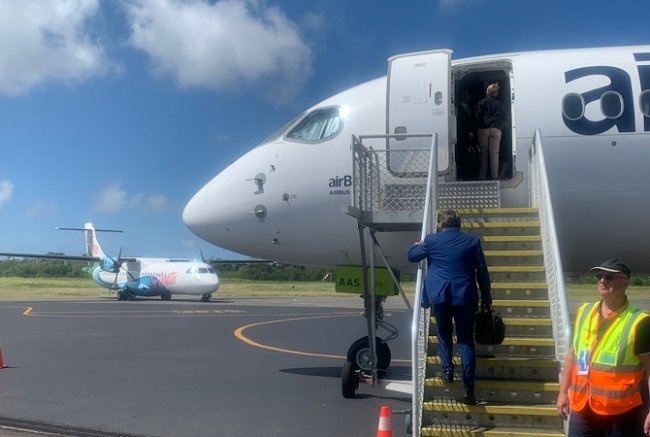 “It has been and is a very rigorous process that began more than a year ago and it started with a shortlist of potential aircraft,” he said.

“We evaluated the costs of the aircraft, the passenger appeal, the maintenance, fuel consumption, environmental factors and also the total package in terms of the support for pilot training, cabin service and so on.”

The A220 ticked the boxes for the carrier and Nice says the purchase of four of the aircraft “is going to make Vanuatu an aviation leader”.

We are on an A220 demonstration flight checking out the product with the Prime Minister of the Republic of Vanuatu Charlot Salwai Tabimasmas  and, direct from Toulouse, France, Airbus executive vice president commercial Christopher Buckley. 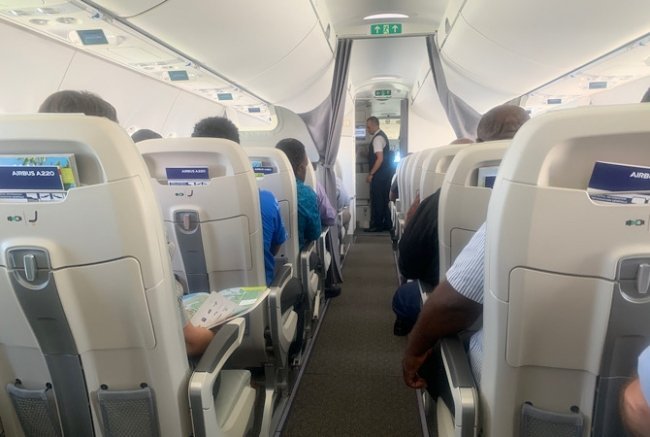 Buckley gave credit to Air Vanuatu who, he said “I think is being perceived by other airlines now as a bit of a showcase for the aircraft in the region”.

As Air Vanuatu isn’t due to receive its first A220 until June next year, we’re actually on an airBaltic jet - an unexpected sight in the Pacific - flying from Port Vila to Espiritu Santo. The Latvian carrier, launch operator and proud owner of 20 A220s (with another 30 on order and an option for 30 more) is the clear poster child for the A220.

airBaltic chief pilot Captain Gerhard Ramcke has been flying the A220 since they were released onto the market and told Traveltalk why the plane has had such success. 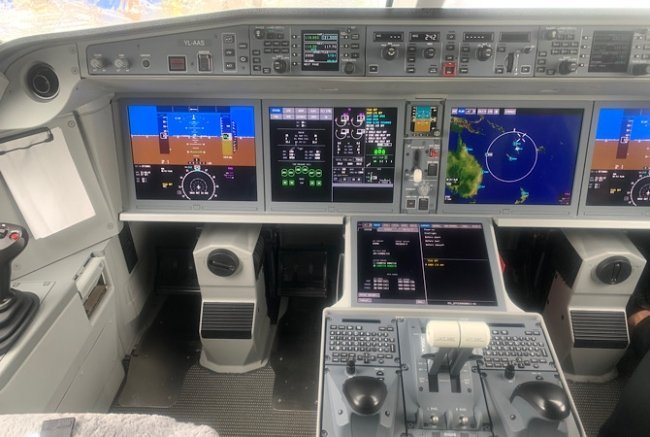 “When it comes to the technology, it is state of the art: fly by wire, big screens, the features on the screen (the detailing on the maps for example). It’s extraordinary.”

Onboard, I’m taken aback by how bright the cabin is and how big it feels. It has all the comforts of a wide body in a single aisle cabin. 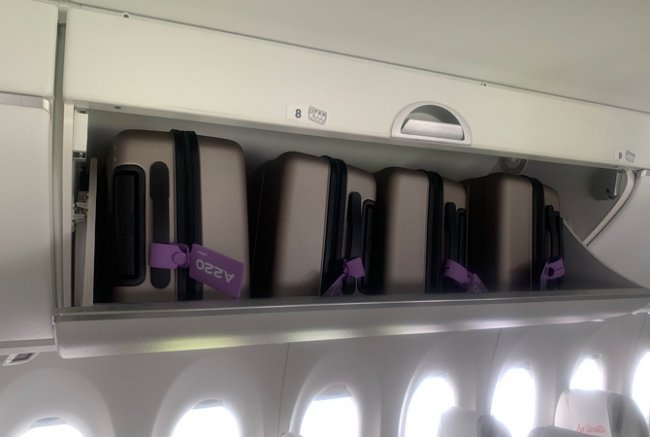 A sudden burst of water hammers the shell of the plane. I look out the window and see that we’ve been greeted with a water gun salute as we arrive into Santo-Pekoa Airport, Espiritu Santo.

As we get out, it’s clear we’re all pretty impressed by the plane. Maybe if we all pooled our resources... How much does a plane go for these days?

Traveltalk is in Vanuatu to preview the new A220 aircraft.