How to score bargain flights from a toy capsule machine

My nine year old nephew had his first accidental sip of alcohol care of a Japanese vending machine.

“This lemonade tastes funny,” he said. We initially dismissed his claims, thinking he wasn’t used to foreign off-brand soft drink. But on closer inspection of the can, my kanji-reading hubby pointed out it contained alcohol.

From vending machines that sell pretty much anything to ordering ramen from a machine, Japan has found unique ways of getting goods to customers.

So it shouldn’t be surprising that as part of a rather unusual promotion, budget airline Peach is holding a travel lottery which sees a gachapon or toy capsule machine filled with flight bargains. 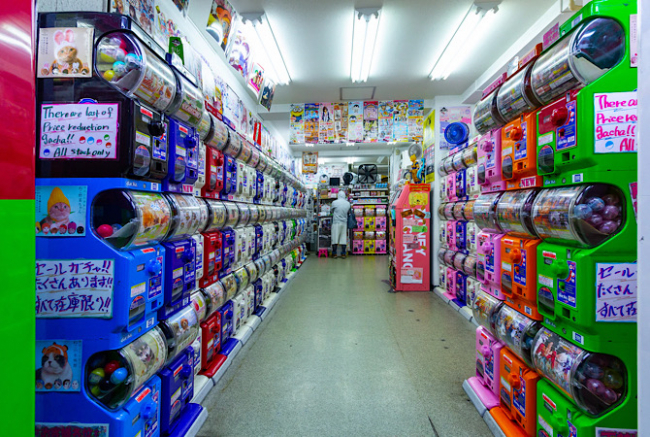 You can redeem that code for airline points worth at least 5000JPY and most likely more. The only thing is, you can’t choose the destination.

For those of us in NSW, recently released from a 5km lockdown with dreams to once again be allowed to to travel to the ALDI 6km away, pretty much anywhere would be amazing. But for those living in Tokyo, the destinations on offer are found in Hokkaido, Osaka, Okinawa and Kyushu.