“It was the perfect landing”: passenger praises crew after problem flight

The pilots and crew of Rex flight ZL 139 have been praised by passengers after one of the aircraft’s two engines stopped working mid-flight. 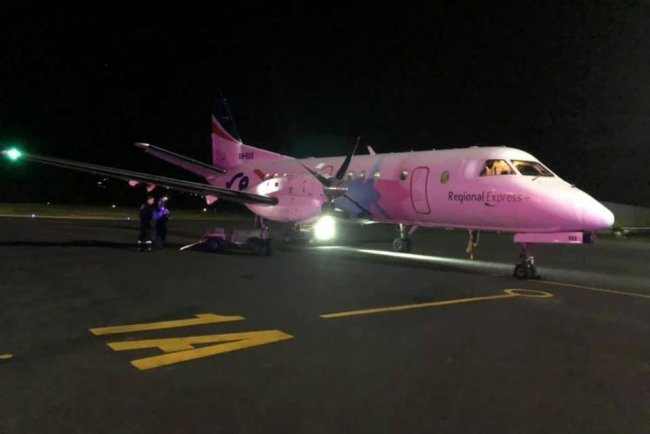 “We had just left Moruya and were about over Narooma when there was a loud bang," Bill Deveril told Merimbula News Weekly.

Sitting on the righthand side of the plane, Deveril could see one of the propellers had stopped turning, but according to him, there was no massive panic in the cabin.

Instead, passengers were informed that there was a small problem but nothing to worry about and that they would be landing some 10 or 15 minutes late at Merimbula.

"I don't think some people even realised what was happening. Everybody sat there as though nothing (out of the ordinary) was happening," he said.

"It was the perfect landing.

"Of course it looked like Luna Park on the runway with all the emergency service lights," he added.

"When the pilots walked out I called for three cheers and everybody cheered them, they did a great job," he said.

Another passenger, who was not as calm as Deveril (she dubbed it “the most terrifying experience” of her life), also praised the pilots.

"Engine blew up just out of Moruya so flew 40 minutes on one engine. The wonderful pilots got us home safely," Vicki Hodges posted to social media.

In a statement to Australian Community Media, Regional Express said the flight experienced a cockpit indication associated with the aircraft's right engine en route to Merimbula.

"In accordance with company standard operating procedures, the pilots carried out the prescribed procedures and landed safely and without further incident at Merimbula airport at 8:42pm. The safety regulator has been notified and given all available information," the airline said.