Leaving Tokyo broke GAYA AVERY’s heart - or maybe her stomach. But at least her flight to Sydney on ANA gave her one last hurrah. 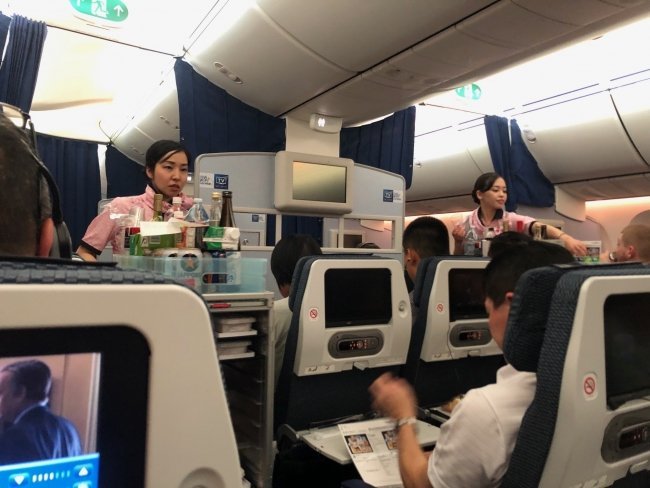 Food is an art form in Japan. It is an obsession. And when visiting, one often ends up lamenting that there aren’t more meals in the day. Luckily I have a Japanese woman’s insides, local Yuji/Dave says: I have one stomach for savoury and another for sweet.

But having had a quick bite in the well-appointed lounge at Haneda, I’m not very hungry so, by the time my flight comes around, I consider skipping my meals and just sleep instead. I think that, until my meal is served...

Since 2013 ANA has held an annual voting contest, inviting passengers to vote for one of eight menu items; the two most popular being served inflight. The meals are thus worthy of a Japanese carrier and set the standard for what you’ll get on your travels there or what you’ll miss when you leave.

The meals in ANA Economy Class are of an exceptional standard and include their ANA original bread that is also served in Business Class on departures from Tokyo. The bread is some kind of magic, so don’t skip that roll! 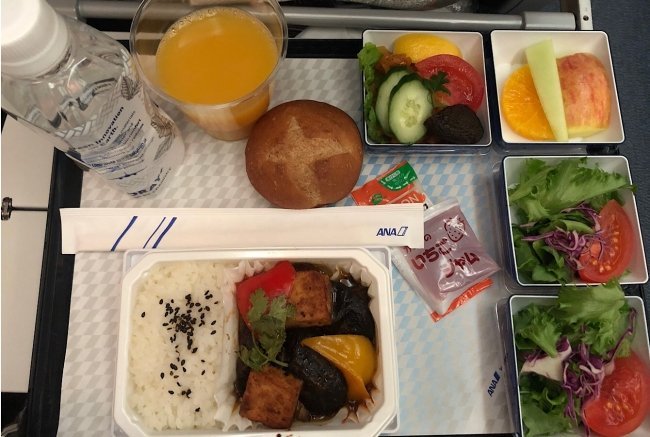 After getting some sleep, I wake to head to the loo, and notice a little message advising snacks are available in the galley. I end up having a chat with the cabin crew who get me to try some Aromatic Kabosu, a green citrus fruit drink that is sour and sweet, and now a new favourite.

Having flown over in Premium Economy, I was expecting a bit of a drop in comfort and service, but was pleasantly surprised by both in regular Economy. The two-aisle 3-3-3 configuration cabin feels reasonably spacious. Seats have a pitch of 34 inches (86.36 centimetres) and a width of 17 inches (43.18 centimetres). A foot rest makes it very comfortable for my shorter-than-average legs.

Overall, ANA was the perfect way to end a trip to Japan.

From 1 September 2019, ANA will begin daily flights from Perth to Tokyo Narita - just in time for the Rugby World Cup. And with ANA’s vast domestic network, you can connect to over 40 destinations from Tokyo.