With an aggressive tourism marketing strategy, which includes a first television campaign in Australia, and an aim to double travel to the country by 2025, the Solomon Islands is thinking big. Parallel to this, so is its national airline. 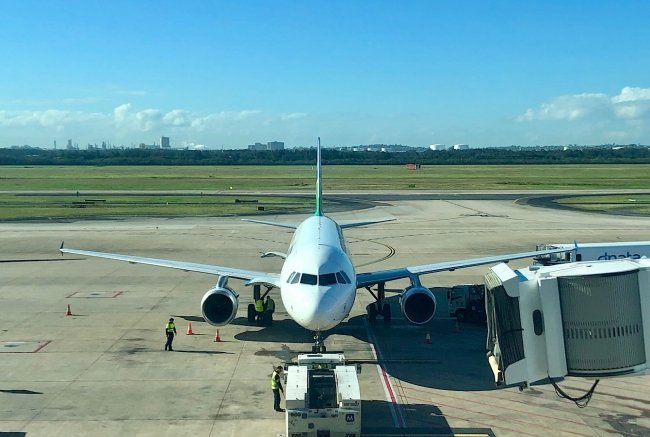 “The direct Brisbane-Munda flight that started at the end of April 2019 is a very encouraging development for the tourism sector of the country,” Solomon Islands Minister for Culture and Tourism, The Honorable Bartholomew Parapolo, told guests at the Solomons Islands travel showcase, MI SAVE SOLO in Honiara.

“Not only that it opened up the second international gateway into the Solomon Islands, but it provides leisure visitors a direct flight into one of the most attractive tourist location in the country.

“While it is still once-a-week, the direct flight is already contributing to a steady increase in visitor numbers into Western Province and Isabel Province.”

Speaking to media at MI SAVE SOLO, Solomon Airlines Manager Commercial, Colin Sigimanu, said the carrier was also looking at other long-term international destinations, but didn’t specify where they might be.

To a question posed by Traveltalk, Mr Sigimaru said that while its recent foray into direct Sydney flights hadn’t panned out as planned, its codeshare deal with Qantas was boosting travel from Australia’s biggest gateway.

“Definitely, we’re strengthening Sydney traffic through our partnership with Qantas on their network,” he remarked.

“So what we’ve recently done with Qantas as well was ... an agreement where we put our code onto the Qantas aircraft on Australian domestic services.” 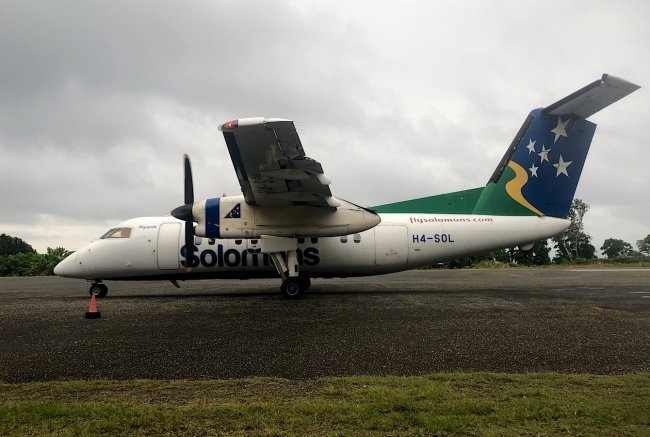 Elsewhere, the carrier is seeking to renew an Air Services Agreement (ASA) with New Zealand, while it already has new ASAs with Hong Kong, Taiwan and Singapore. It is also “actively pursuing” talks with the US and Japan.

Sigimaru told Traveltalk that load factors out of Brisbane were at around 60%, with approximately half of all bookings made through travel agents.

The airline is also in the middle of refurbishing its domestic fleet, which currently comprises one Dash 8 and three Twin Otter planes.

The writer is staying at the Heritage Park Hotel and flew to Honiara with Solomon Airlines. Read our review of the flight here.