‘No More Carry On’: Australian airlines unite with rallying call

Getting Qantas, Virgin and Rex to agree on something is hard at the best of times. But the Aussie carriers have united in a call for ‘No More Carry On’.

As Aussies return to the skies, the airlines, airports, Australian Federal Police (AFP) and the Civil Aviation Safety Authority (CASA), have launched a new campaign to promote respect and prevent disruptive behaviour at airports and on flights.

The joint campaign, ‘No More Carry On’, calls for patience and preparedness as travellers, airline crew and airport teams navigate a return to widespread flying while managing COVID-19 related travel requirements as a result of COVID-19.

The campaign follows an increase in disruptive and abusive behaviour towards airline crew, airport teams and other passengers during the pandemic, with hundreds of incidents reported across the airlines in 2021, many triggered by refusal to follow mask requirements. In extreme cases, crew have been threatened and physically assaulted by passengers. 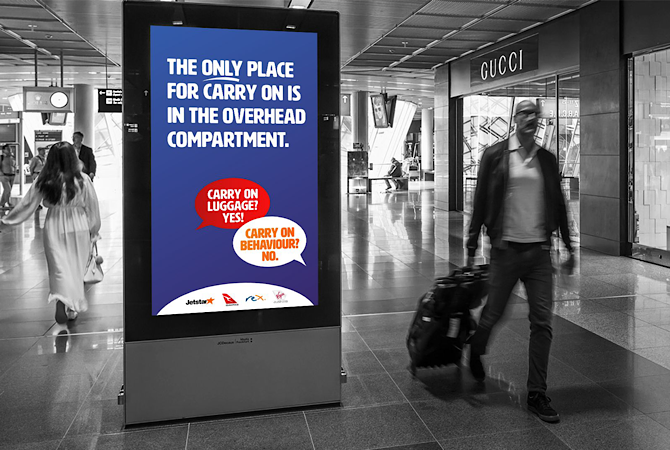 The new awareness campaign plays on the concept that while carry-on luggage is welcome, disruptive or abusive ‘carry-on behaviour’ will not be tolerated. Airports in capital cities and regional centres around the country will display digital billboards throughout terminals and a powerful video message from airline crew will be shared on social channels.

Jetstar, Qantas, Rex and Virgin Australia have also signed up to a voluntary Code of Practice on Passenger Behaviour, which ensures a consistent approach across aviation in Australia.

Key elements of the Code of Practice include:

• Refusing to allow a customer to board, where necessary, to protect fellow passengers and crew from offensive or disruptive behaviour.

• Holding passengers who are offensive or disruptive accountable for their behaviour, including recouping costs for diversions and damage to the aircraft and imposing bans on future travel.

• Airlines and airports proactively engaging with law enforcement and CASA to support any administrative or criminal sanctions against a passenger found to have engaged in offensive or disruptive conduct.

All airlines and airports train their employees in how to handle disruptive passengers, with a focus on de-escalation where possible. In serious cases, the AFP will be called to deal with the unruly passenger.

“Over the next few months, millions of Australians will be heading off on holidays or to see family and our teams are here to help customers navigate the new travel requirements, like masks and border declarations, which are now in place across the country,” Qantas Group Executive and CEO of the Jetstar Group, Gareth Evans said.

“While the vast majority of passengers do the right thing, unfortunately as with the hospitality and retail industries, we have seen an increase in the number of people behaving badly.

”At airports and on aircraft, critical safety procedures must be followed. There is no room for disruptive behaviour and we will act quickly to stop unruliness to ensure everyone remains safe.”

According to CEO and Director of Safety at CASA, Pip Spence, “substantial penalties can be imposed for offensive or disorderly behaviour on board an aircraft and for failing to comply with any safety-related instructions”.

Here’s an idea of what you can expect if you don’t do your bit to keep the skies friendly. 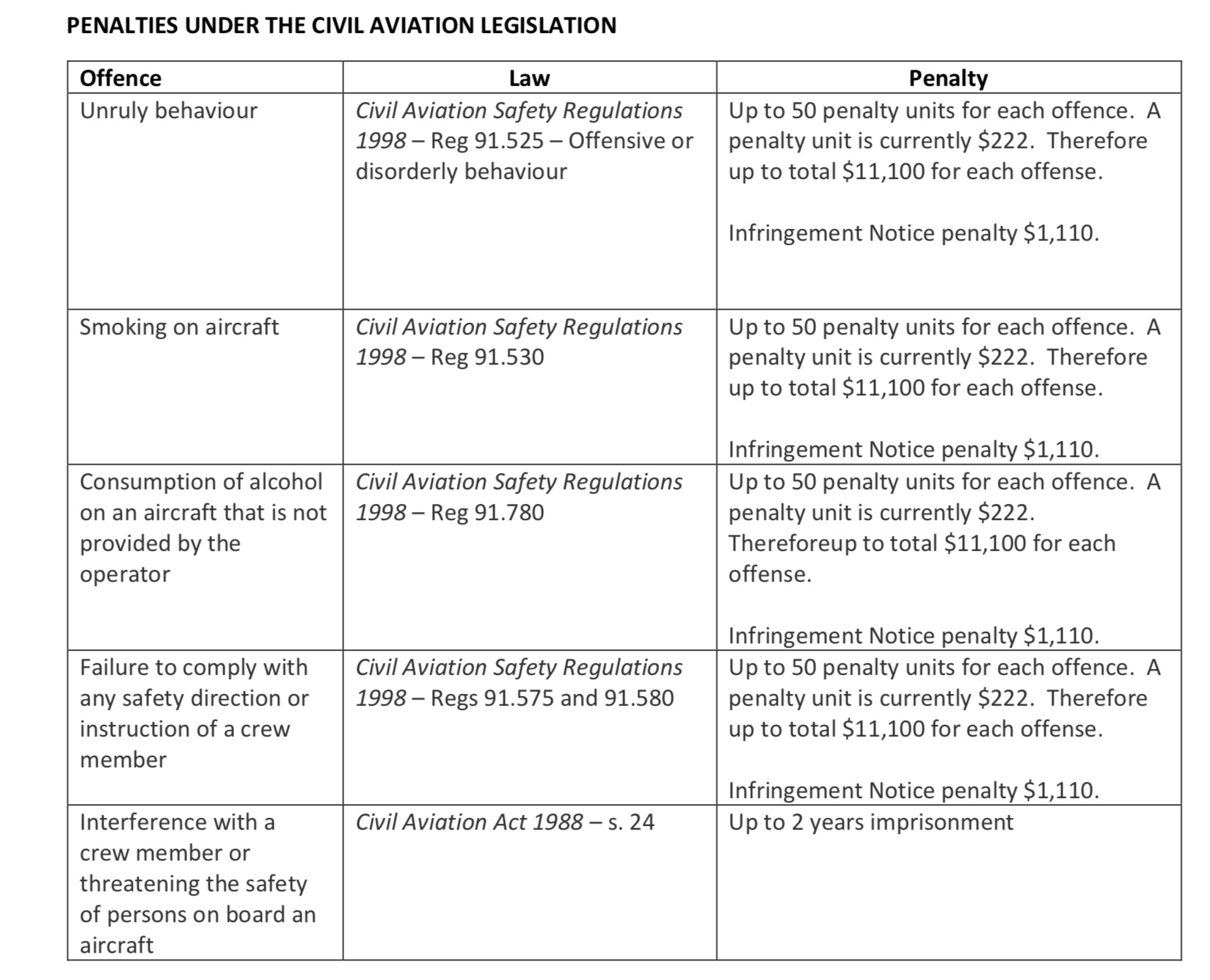