Passenger walks on plane wing to cool down

Airplanes can get a tad toasty when they’re on the ground. But while some passengers might turn to a little air-conditioning or water to cool themselves down, a flyer on a parked plane in the Ukraine decided a stroll on the jet’s wing might work a little better. Doing the rounds on social media, a video of the incident shows a woman dressed in a white top and pink pants walking on the wing of a Ukraine International Airlines plane before crew ordered her inside.

The unidentified passenger, who had apparently opened an emergency exit on the plane, reportedly said she had been “too hot” inside the Boeing 737, which had just landed at Boryspil International Airport in Kiev from Antalya, Turkey.

According to CNN, the woman had been travelling with her husband and children, and has now been banned from all future UIA flights for the unauthorized walk. 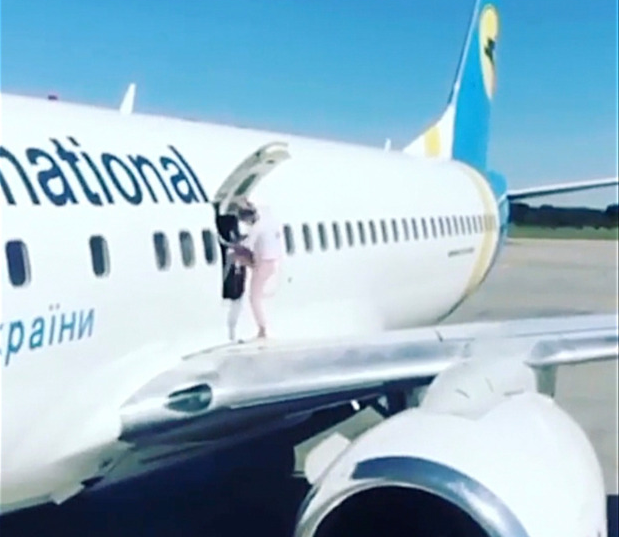 An airline statement said doctors had determined that the woman "was not under the influence of alcohol and/or drugs", but criticised her for setting a bad "parental example".

It added that she may be subject to "an exceptionally high financial penalty in the form of a fine".