Passenger watches own bag get left behind on tarmac

It’s one thing to have your luggage misplaced by an airline; it’s another thing watching it get left behind yourself, even after telling cabin crew about it.

Well, that’s exactly what happened to passenger Karn Rateria, who was travelling on a flight with Lufthansa out of Munich.

According to a tweet by the flyer, Mr Rateria was looking out of the window of his plane when he saw his suitcase cutting a lonely figure on the tarmac. 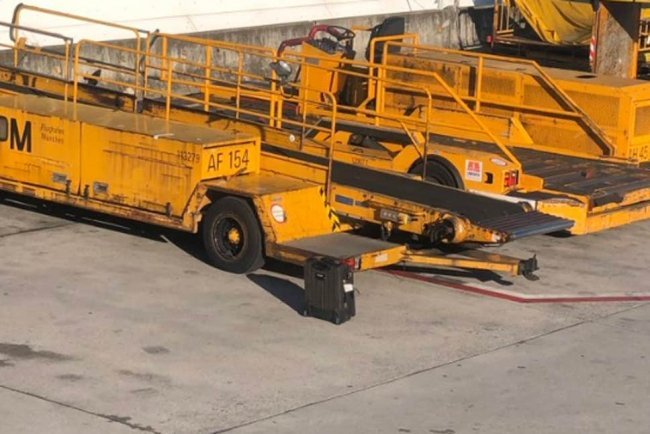 Making matters worse, cabin crew reassured him that his bag had been loaded, dismissing his claims.

“Uhm Lufthansa you’ve left my bag on the tarmac!” he tweeted together with a photo of his luggage.

“I told the crew and they just said loading is complete. I can SEE the bag. And we’re taking off without it. What even is this?”

According to The Independent, while Lufthansa apologized for the incident, they clearly referred to the wrong airport in their tweet.

“There was an outage of the baggage system at the airport in Frankfurt. My colleagues are doing their best to locate the bags and send them as quick as possible,” the carrier wrote.

After Rateria pointed out that the event had taken place at Munich Airport, he said it was “infuriating” to “physically see my bag being left behind”.

“I pointed out the bag out to the crew, one of them spoke to the captain as well, but they just said loading is complete. Even though you could SEE the bag right there!” he said.

If you’re wondering, the traveller was reunited with his baggage.

“This was a rare technical problem at the baggage drop, which appeared only for this single registered baggage,” Munich airport’s Lufthansa manager said in a statement.

“However, our ground staff identified this bag quickly and sent this to the passenger.”