Pilot grounded for life after bringing girlfriend into cockpit

The captain of a Chinese airline has been banned from flying for life after he brought a female passenger into the cockpit during a flight. 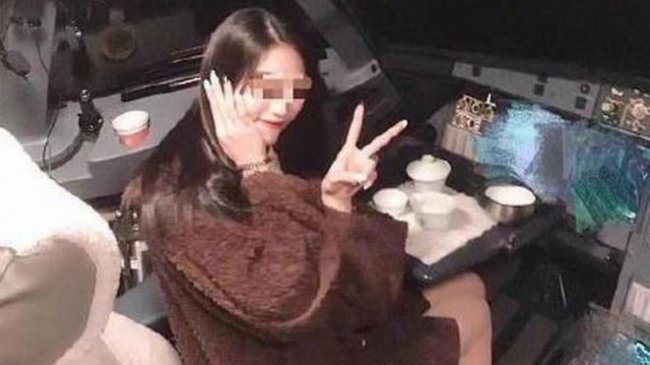 A photo of the woman doing the rounds on Chinese social media site Weibo, shows the woman, reported by thepaper.cn to be the pilot’s girlfriend, sitting in the captain’s seat making a v-shape sign and with drinks on her lap.

A comment attributed to the woman said that she was “so happy”.

The carrier, Air Guilin, said in a statement that the incident occurred on 4 January on a flight from Guilin to Yangzhou, and according to China’s The Global Times, pilots and analysts believe the photo was taken during a flight.

The statement added that the captain broke Civil Aviation Administration of China (CAAC) laws by allowing an unauthorized person into the cockpit.

Other crew involved in the incident have been suspended indefinitely and will undergo further investigations.

Chinese Aviation Law Association deputy head Zhang Qihuai told the Global Times the woman should also be punished with detention and a fine, and agreed with social media users that the captain had endangered passengers lives in the incident.

"Aviation safety comes first. No one can be careless, let alone break the law," remarked Zhang.