Passengers onboard a Philippine Airlines plane departing Los Angeles International Airport (LAX) were given a scare when one of the engines on the Boeing 777 started spitting flames. 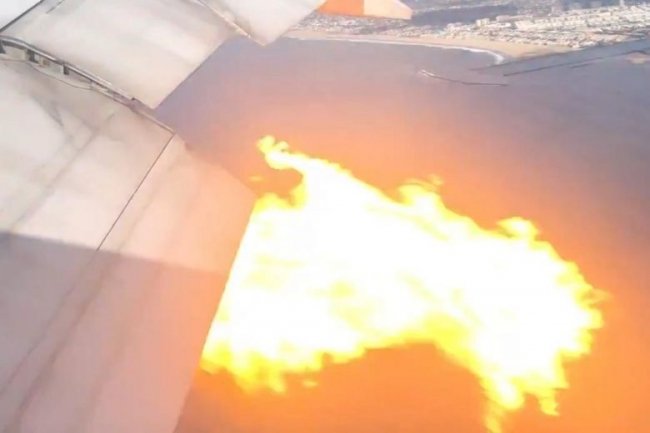 Carrying over 347 passengers and 18 crew, flight PR113 then turned around and performed an emergency landing, according to ABC7.

Everyone on board the plane was evacuated safely and there were no injuries reported.

Footage from inside Philippine Airlines Flight 113 shared with me from the woman who shot this, she says she started praying and that’s when the plane banked back to LAX. @KFIAM640 pic.twitter.com/NnNC68cgsa

An onboard video of the incident shows flames spitting out one of the engines, while footage taken from the ground shows the plane leaving a trail of black smoke as it approaches LAX.

"I could see flashes of light. I though it was some kind of... just from the sunlight, and then I just start hearing 'boom , boom, boom.' and I look out of the window and there's balls of fires just shooting out of the engine," flyer Walter Baumann said.

According to Federal Aviation Administration spokesman Ian Gregor, an engine was lost but the plane landed “without incident”.

According to unofficial sources, potential nose landing gear collapse ended out of the runway.

After a missed approach aircraft circled over Odessa and skidded off the runway during second attempt. pic.twitter.com/WBjIUW38v1

Elsewhere, a Turkish Airlines plane skidded off a runway on its second attempt at landing at Odessa Airport, Ukraine.

The incident caused the collapse of the B737-800’s nose gear, however it remains unclear as to what caused the accident, Simple Flying reported. There were no injuries.