A Qantas flight was forced to return to Brisbane Airport after one its tyres exploded after takeoff.

Qantas flight QF2512 had just departed for Mackay when the issue occurred.

“The flight returned to Brisbane after take-off due to an issue with one of the tyres and landed normally,” a Qantas spokesperson told Traveltalk. 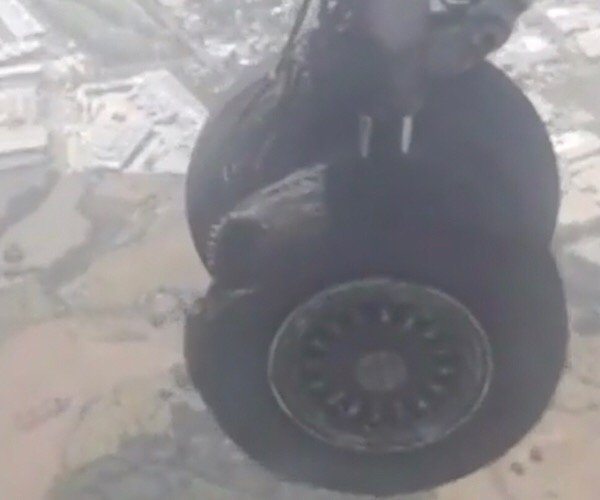 According to 7NEWS, the Dash 8-400 aircraft burned fuel for an hour and a half over the Sunshine Coast before making its unscheduled landing.

“When we were taking off I was closing my eyes and sleeping and out of nowhere I heard a big bang,” passenger Gaurav Dogra said of the explosion that also damaged part of the wing.

Passenger William Salzman said the pilot had called, saying “yeah the tyre has exploded and we are going to have to turn around”.

While Qantas said the incident was not an emergency landing, a probe into the event has been launched.

“These aircraft have six tyres and can safely land with a damaged tyre,” the spokeperson told Traveltalk.

The 76 passengers on the plane had to wait four hours for another flight to Mackay.

Last week, one of the propellers on another Qantas Dash 8 plane slowed to a halt mid-air.

Bound for Townsville, the aircraft had just departed Cairns when the engine issue forced it to turn around, the ABC reported.

"Probably about 15 or 20 minutes into the flight — it pretty well shut down," passenger Rodney Hyman said.

"The propeller was turning very slowly and the captain came on the loudspeaker and just let everyone know they were turning back to Cairns because of the engine issue."