The most popular international route may come as a surprise

Flights between Sydney and Melbourne recommenced in (relative) earnest today as travel restrictions between NSW and Victoria were lifted overnight.

But what was once among the top five busiest air routes in the world has a long way to go to catch the current busiest links. 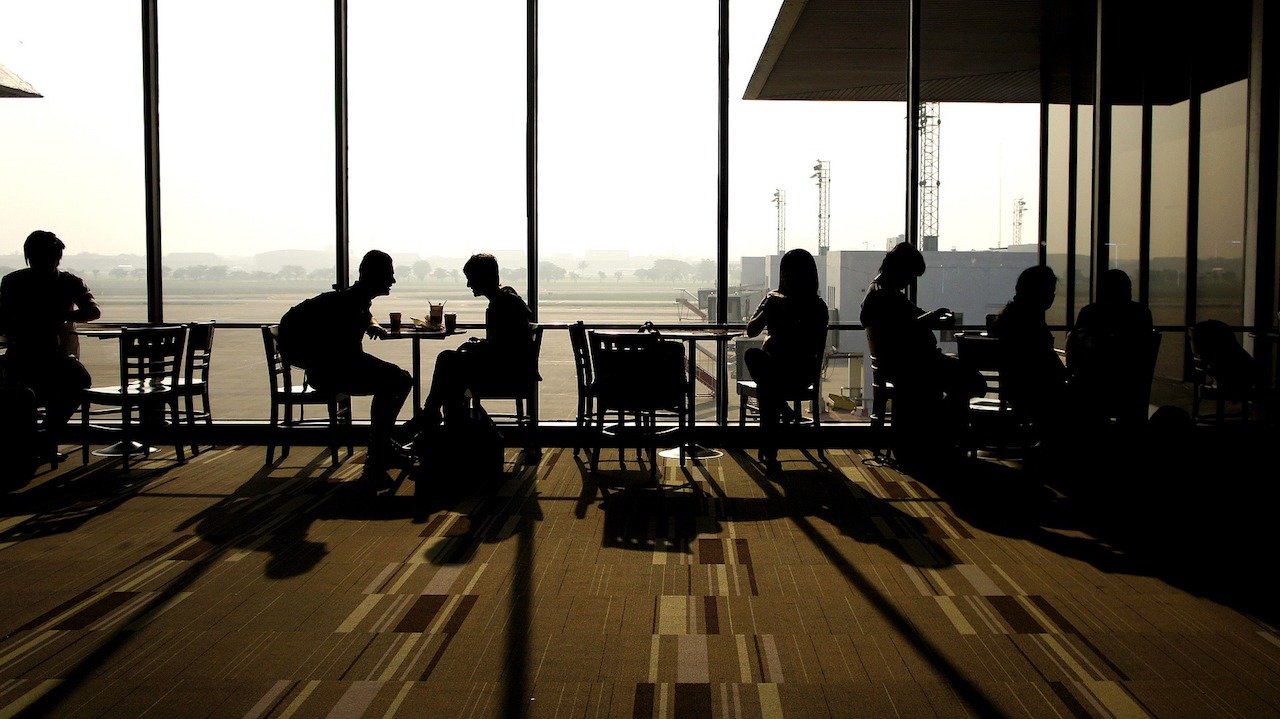 According to aviation analysts, OAG, the busiest air route in November is between the South Korean ports of Jeju International and Seoul Gimpo, where there are 1,329,397 seats (in both directions) scheduled for the month.

Beijing–Shanghai Hongqiao is the third busiest connection, with 768,184 seats, while Japan’s Sapporo New Chitose–Tokyo Haneda and Fukuoka–Tokyo Haneda routes round out the top five busiest links (669,431 and 624,478 seats respectively).

All of the top ten busiest domestic routes are in Asia.

Somewhat surprisingly, the current busiest international route is between Cairo (Egypt) and Jeddah (Saudi Arabia), where there are 147,950 seats scheduled for the month.

Half of the world's top ten busiest international routes for November start or end in Asia.

The busiest routes are defined as those with the largest volume of scheduled seats in the current calendar month. 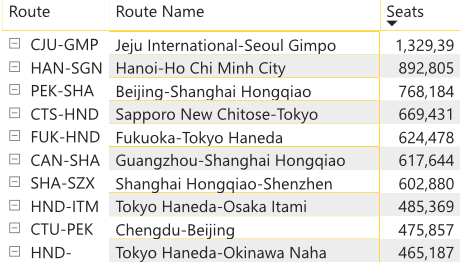 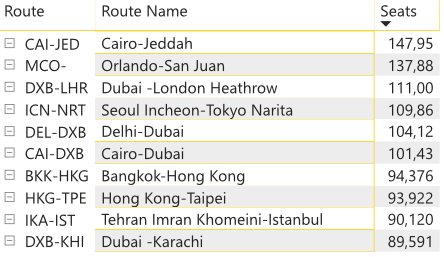