At the announcement of its establishment, new Japanese low-cost carrier ZIPAIR Tokyo promised it would encompass “the originality and ingenuity of the Japanese culture”. 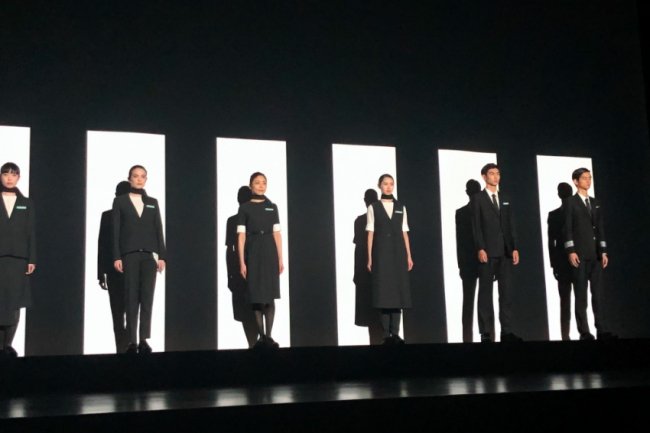 If cutting edge fashion is part of that, and you’d know it is if you’ve ever wandered around Harajuku on a Sunday afternoon (or just seen footage of its fashion shows), then the airline may have nailed it in its newly unveiled cabin crew uniforms.

Revealed at an event in Tokyo on Thursday, the new threads mostly comprise the airline’s ‘harmony grey’ (a colour designed to convey a feeling of balance), but it is its bright white sneakers that arguably draw the most attention. Though we doubt they are Dunlop Volleys.

According to a cabin crew recruitment website, the asymmetrical outfits were designed by well-known designer Taro Horiuchi, who said he chose this type of footwear as he “was conscious of ease of movement in work and reduction of a feeling of fatigue”. 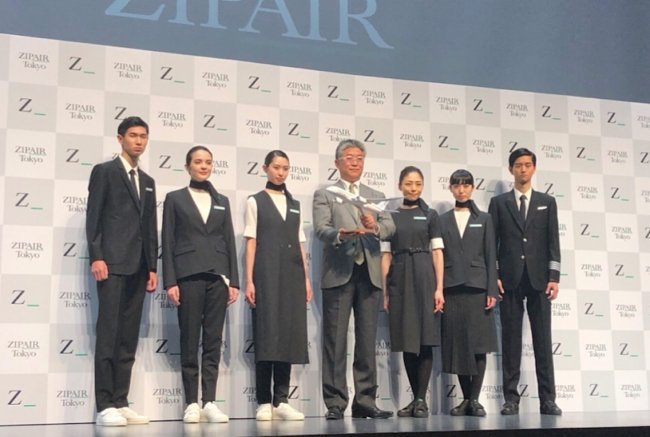 Perhaps it had something to do with the carrier’s name too, which utilises the world ZIP for speed.

Either way, ZIPAIR said of its uniforms that by pursuing beauty “we aim to maximize the performance of our employees and lead to improved service to our customers”.

But ZIPAIR’s isn’t the first flightie uniform to feature sneakers.

French low-cost carrier JOON, which was heavily marketed towards Millennials, also had its crewmembers don sneakers. Let’s hope this carrier, and its cool uniforms, last longer than JOON. 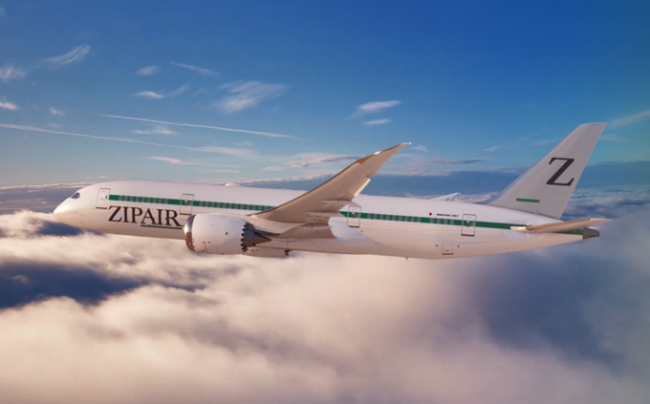 Meanwhile, the carrier also released the first look at its livery, which is based on the design of the logo that was revealed in March.

What do you think of the outfits and livery?