Looking out the window mid-flight, GAYA AVERY saw pigs fly past. Or at least she thought she did after seeing the bidet-toilet onboard ANA’s Dreamliner.

In 1903, Japanese inventor Kazuchika Okura visited Europe, and whilst others may have gazed upon castles and the like, he was wowed by the shiny ceramic toilet bowls of the West. Back home he founded TOTO, the company behind the now famed Washlet and all those confusing buttons that wash, dry and serenade your bum.

“We always say: 'This can be better’,” TOTO’s current president Madoka Kitamura says and in a way that sentiment is the foundation upon which Japan, as a whole, is built.

So now take that consideration and commitment to innovation (and, most importantly, that bidet) and put it in an airline and you have All Nippon Airways.

Bidet-toilets are standard across the fleet of ANA’s Boeing 787 Dreamliners and were installed with the hope to "refresh the parts other airlines cannot reach". And refreshing it is. 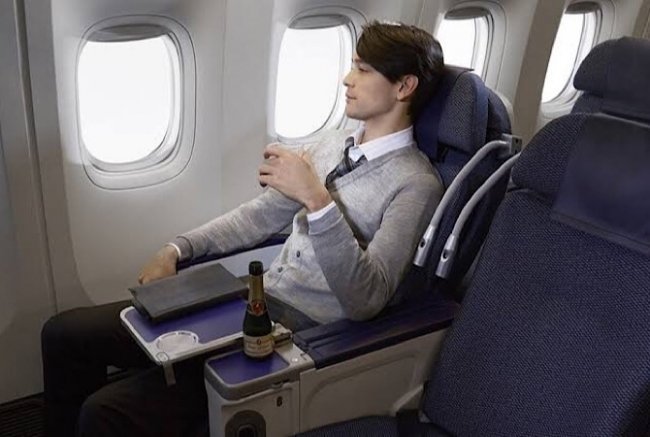 Five days before travel, I received an email advising that should I register the necessary information beforehand, ANA would automatically check me in 24 hours before my flight. I did that and sure enough, was sent my boarding pass via email. No more last minute jumping online (or not, if you’re as forgetful as me).

Now if ever there’s a reason to be at check in counters just before they open, it’s to witness the ceremony of opening the ANA counters. In a moment, Sydney fades away and you’re transported to a highly efficient and super polite Japan as the staff bow and open the counters with a flourish. Arigatou gozaimasu!

I’m checked in by the friendly and efficient Ruri in what may be the fastest check in (and definitely the most organised) experience ever.

ANA is the launch customer and largest operator of the Boeing 787 Dreamliner so it’s fleet has that new plane smell. And when you walk into and around the cabin at almost any juncture of the flight you can understand how ANA was awarded World's Best Airline Cabin Cleanliness last year by Skytrax. Every time I popped to the loo, it had been freshly cleaned and the toilet roll ends folded into points.

Unlike the Economy cabin which has a 3-3-3 seating configuration, Premium Economy’s is 2-3-2. And if that’s not enough to have you upgrading, consider the 97cm seat pitch, or the 49cm seat width. And oh, those leg rests...

When they say their 28cm touch-panel monitor is a touch panel monitor, they are not kidding. Its super responsiveness, even while scrolling has me rethinking my relationship with my so-called touchscreen devices.

The drawback of sitting in the first row of a cabin is the inability to watch on demand as you can’t have your screen out, but the ANA SKY channel magazine lists what’s showing with a bit of a blurb as to what each show is about so I was able to narrow focus on the vast array of entertainment offerings. Big nod to ‘Ramen Heads’ a documentary in which Ramen King Osamu Tomita shares his secrets to creating the perfect soup and noodle. Tip: do not watch on an empty stomach.

Upon arrival into the cabin, you are presented with an array of amenities (eye mask, ear plugs etc), in a move which discourages unnecessary waste. Slippers, noise cancelling headphones and the power outlets are standouts. There’s even a shoe horn!

The service aboard an Asian carrier is tough to beat and according to Skytrax, ANA had the best airline staff in Asia last year. I am not surprised. Friendly of course, but also potentially psychic in their ability to anticipate your needs. I coughed a couple of times and a member of cabin crew was there offering water before I had the chance to even press the call button.

From 1 September 2019, ANA will begin daily flights from Perth to Tokyo Narita - just in time for the Rugby World Cup. And with ANA’s vast domestic network, you can connect to over 40 destinations from Tokyo.