WATCH: Is this the lowest approach ever?

The planes that land almost within touching distance of onlookers 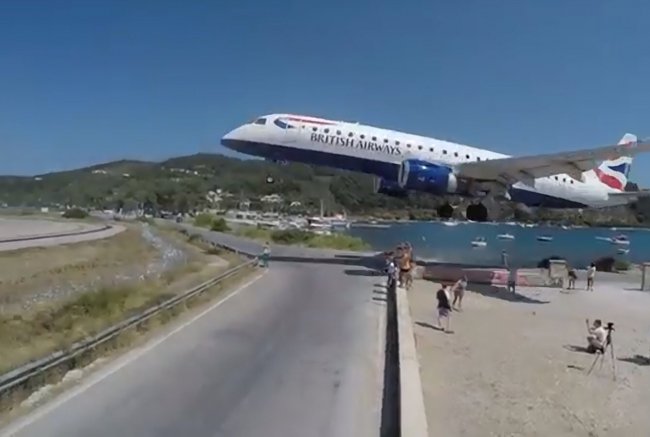 It’s so dramatic, you would almost think it had been doctored. But this is for real.

Skiathos is a popular tourist spot on the island of Sporades in the Aegean Sea, but it has quickly gained notoriety for its airport, where planes come to land literally a handful of metres over fascinated onlookers.

In a recent YouTube video, a number of planes can be seen landing and taking off at the airport. And there are plenty of onlookers, who mostly appear to be tourists (as well as an elderly local man who looks like he’s seen it a million times before). There’s also a sign that reads, “Danger. Please keep away from aircraft blast.”

But among the filmed landings, nothing gets closer than a British Airways Embraer E190, which comes in so low that onlookers are pushed off a wall by the plane’s exhaust.

According to YouTube account Cargospotter, which uploaded the video, the largest plane permitted to land at Skiathos is a narrow-body Boeing 757.

Harmless fun or accidents waiting to happen - what do you think of this ‘attraction’?