World beater: Qantas plan places it at top of pile

Say goodbye to those wasteful cups and cutlery

Moving, feeding and caring for tens of millions of people every year will have its impact, environmentally. But Qantas has taken a big step to reducing its eco-footprint by announcing it would be more than doubling its existing landfill reduction target.

With a previous target of 30%, Qantas will now aim to reduce waste to landfill by 75% by end-2020 through reuse, recycling and composting.

Targeting the removal of 100 million single-use plastic items per annum, the group say it will replace plastic cups, cutlery and headrest covers with sustainable alternatives by late next year. 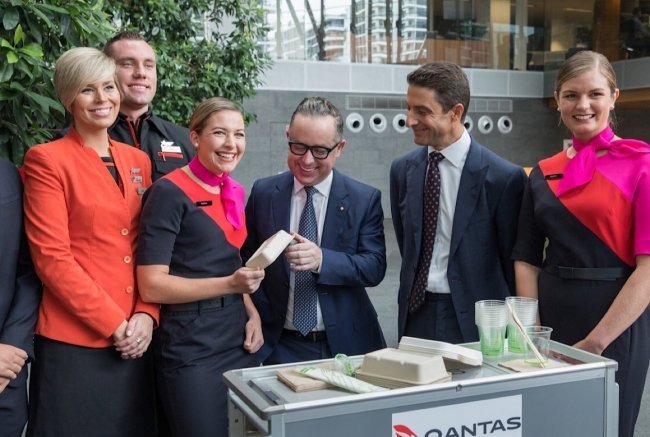 According to the airline, it also has the largest carbon offset scheme of any airline in the world.

“In the process of carrying 50 million people each year, we deal with more than 30,000 tonnes of waste. That’s the same weight as about eighty 747 jumbos,” Qantas Group CEO Alan Joyce said.

“It is quite literally a waste and we have a responsibility to our customers, shareholders and the community to reduce it.

“We’ve already removed plastic wrapping on our pyjamas and headsets, as well as plastic straws. Even plastic Frequent Flyer cards are going digital.

As well as replacing single-use plastics and coffee cups with better alternatives, Qantas will remove “unnecessary paper” such as boarding passes and operational manuals by going digital. It will also increase the donation and composting of food along with recylcing old uniforms.

“Few industries can eradicate waste completely, but with this program we’re saying that avoidable waste should no longer be an acceptable by-product of how we do business,” Mr Joyce said.

Qantas says from mid-2019, customers will also earn an industry high 10 points for every dollar spent on offsetting flights.

The new green initiative was announced as the Qantas Group delivered its first half financial results, which saw the airline unveil a $780 million underlying profit before tax despite a 27% increase in its fuel bill.