It’s true Aussies love to travel, but we’re not just travelling for leisure. In fact, Australia ranks among the top 12 business travel markets in the world – and the sector is growing pretty rapidly.

According to a recent report released by the GBTA Foundation, Aussie corporate travellers spent nearly $30 billion ($28.7b) on business travel in 2015 alone, an increase of 6.4% over the year prior. 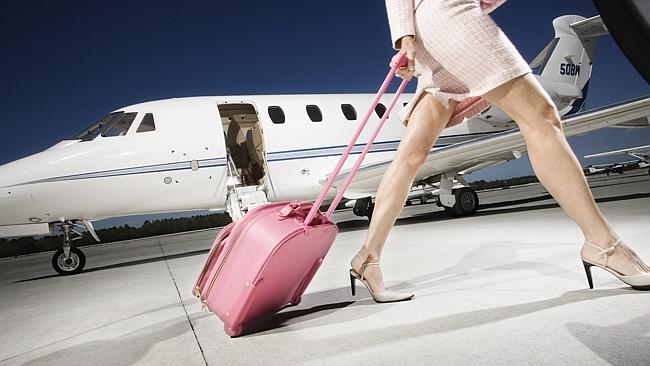 Australia placed above Russia, Spain and the Netherlands on the list of highest spending countries, whilst finishing just behind Canada and the hugely populated markets of India and Brazil. Per capita, Australia would’ve placed much higher on the list.

Globally, the GBTA BTI Outlook – Annual Global Report & Forecast revealed business travel spend reached a record US$1.2 trillion in 2015 (up 5% year-on-year), and is expected to swell to a massive $1.6 trillion by 2020.

Spending US$291 billion, China surpassed the US as the largest business travel market in the world in 2015.

“Business travel has demonstrated a tremendous resiliency as it continues slow and steady progress even in the face of global uncertainty, a weakened global economy, terrorist attacks, world health issues and other obstacles,” GBTA executive director and COO Michael W. McCormick said.

David Henstock, vice president of Global Business Solutions at Visa, who sponsored the report, said “signs are good for a solid end to the decade as we approach 2020”.

“Business travel has continued to evolve as the world is becoming more connected, and the transition to electronic payments will help businesses reduce costs and pay for travel expenses more efficiently.” 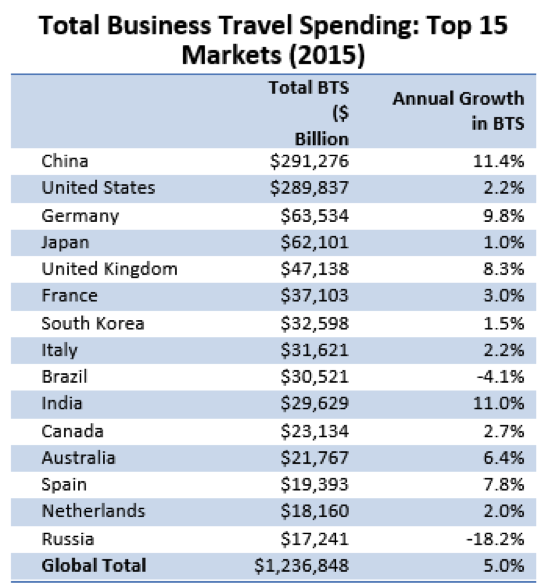