The 5 ‘Cs’ for solo travellers

A guide to staying safe and secure when globe-trotting alone.

In 2015, 13 million Aussies travelled and more than 1.7 million of those decided to go it alone. In fact, the solo travel trend, most popular among the 18 to 25-year-old demographic, shows no signs of slowing down. Last year’s figures represent a 3.5 per cent jump on 2014 with experts tipping 2016’s number to be even higher still. 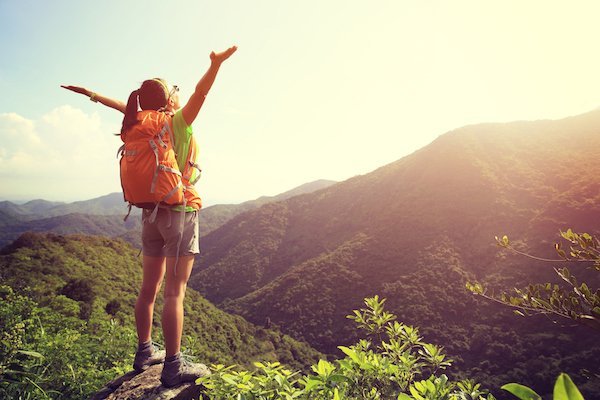 With so many young Australians currently jetting off in search of the freedom and flexibility solo travelling can bring, Allianz Global Assistance has compiled ‘The 5Cs For Solo Travellers’, a guide to ensure single travellers stay safe.

John White, Allianz Global Assistance General Manager of Travel and Medical, said, “The past 10 years has shown a steady increase in the popularity of solo travel amongst Australians of all ages.

“When travelling solo, the safety net of travelling with friends or family is non-existent so it’s important to remain vigilant and prepare adequately ahead of a trip.

“We advise travellers to ensure they have the basics, such as a mobile phone to stay connected, cash in case of emergency, some basic knowledge of the local language and of course, travel insurance.”

So take a leaf out of Allianz’s book and follow these five ‘Cs’ to enjoy a safe and adventurous solo trip abroad.

It’s important travellers stay connected while travelling. Having a mobile phone and a SIM card with mobile roaming will ensure family and friends are just a phone call away if needed. It will also allow access to valuable tools like maps, Internet banking and social media.

Being able to communicate effectively when alone in a foreign country is a must. Travellers should aim to learn one or two key phrases of the local language before they visit. And if you feel you have no time, the Speak & Translate app translates any message into your preferred language. Staying connected is crucial. Having a mobile phone and a SIM card with mobile roaming keeps you connected to family, friends and social media

There are plenty of options for travellers today when it comes to carrying money, inlcuding dedicated travel money cards and credit cards with contactless payment. While these methods are convenient, solo travellers should always carry some cash on their person or hidden in their luggage in case of emergency.

Meeting people and arranging plans is inevitable as a solo traveller. If possible, travellers should do a background check on those they plan on travelling with – check out their social media profiles to get a sense of who they are, who they associate with and any other details that can help provide a sense of character.

According to research commissioned by AGA, just 10 per cent of Australian travellers consider travel insurance to be a holiday essential, yet it’s one of the most important items for travel. The average cost of an insurance policy is $114.75 (based on policies sold between January 1, 2015 and December 31, 2015) – an extremely small price to pay when considering the potential consequences of being caught in an unfortunate situation without cover.