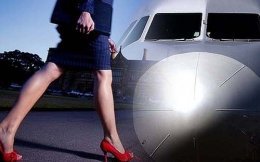 The report points to the geopolitical, social and technological changes across Asia Pacific between now and 2030, and the implications for travellers and travel service providers.

As economies in the region converge, driven by a narrowing of the wealth gap between developed and emerging economies, and a greater freedom of trade and travel, we are likely to see a much greater variety of people travelling – for a more divergent set of reasons. So get ready.

1. The Me effect. We’re already seeing the travel market fragment into ever-increasing niches and this is likely to increase.

This will be matched by travellers’ desire to self-manage their travel.

2. The Red Tape Effect. Economic convergence in the Asia Pacific region is gathering pace and governments will continue to ease regulations that have previously impeded trade – and the travel that comes with it.

As visa requirements and air travel agreements become more liberal the likely effect is a huge growth in numbers – especially for business travel.

3. The Leapfrog Effect. The adoption of newer technologies and infrastructure in the Asia Pacific region, for example, the roll out of 4G and high speed rail, is set to overtake the rest of the world.

Widespread use of mobile devices and a reliance on social media as a key tool in the travel experience will also force changes in the way providers communicate with their customers.

4. The Barbell Effect. The number of travellers to the Asia Pacific region is set to double over the next 15 years and their set of requirements at the upper and lower ends of the economic spectrum are likely to become more extreme.

More travellers from emerging markets will stimulate rapid growth of budget airlines and economy hotels, while at the same time, as the numbers of wealthy travellers increase, we can expect to see significant growth in demand at the luxury end of the travel market.