Will travel to Perth, Melbourne, Brisbane and Sydney

Abu Dhabi’s tourism industry is embarking on a four destination roadshow to Australia next week in a bid to increase awareness about the emirate’s growing business and tourism opportunities. 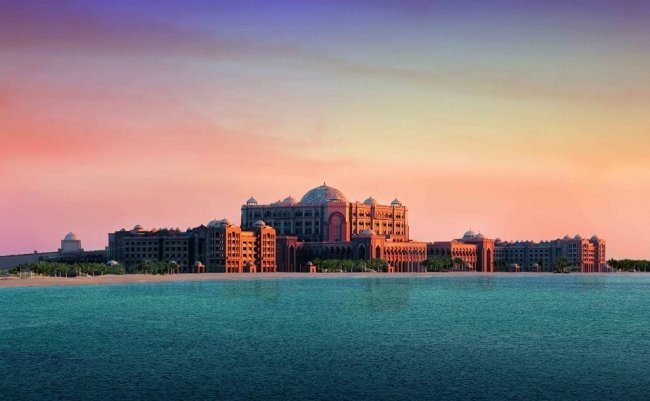 The delegation will visit Perth in Western Australia for the first time to leverage interest and potential trade between the two cities following the launch of daily flights into Abu Dhabi from Perth in July 2014 by Etihad Airways - the UAE’s national airline.

“We expect to meet with around 450 travel agents and key influencers during our trip around Australia at a time when more Australians are visiting Abu Dhabi than ever before,” said Mubarak Al Nuaimi, Director, Promotions and Overseas Offices, TCA Abu Dhabi.

“In the first four months of this year 14,786 Australians stayed in the emirate’s hotels and hotel apartments, an increase of 11% on the corresponding period the previous year. Last year, a total of 49,450 Australians arrived in the emirate – an impressive rise of 24% on the previous 12 months – and delivered 161,371 guest nights, staying on average 3.26 nights. We aim to capitalise on this impressive growth pattern and further increase guest arrivals as the year progresses.”

Stefan Fuchs, General Manager of the five-star beachfront Jumeirah at Etihad Towers, which will be joining the roadshow, said: “The Australian market continues to grow in its importance for our hotel as the air links between our two regions continues to both widen and deepen. Australians appreciate luxury bespoke experiences, professional but personal and friendly hospitality services, quality culinary experiences and culturally connected experiences. Jumeirah at Etihad Towers as a hotel and Abu Dhabi as a unique destination provides all this, so there is a great match in the deliverance of unique experiences along with the exceeding of expectations.

“We have seen steady growth in booked room nights by Australian guests over the last two years. In 2014 the total number resulted in more than 50% increase compared to the total number of room nights booked by Australians in 2013. Encouragingly, the positive trend is continuing with Australians booking a further 10% increase in the first 6 months of 2015 when compared to the same period in 2014.”Destination management company Arabian Adventures, which specialises in tours and safaris, says Australia is now its largest source market with growth consistent over the last four to five years at about 20% per year.

Fiona Cogar, Sales Manager, said: “Australians have come to expect the high quality service, product standards and technology that we offer. Services and products include a wide variety of over 250 scheduled weekly excursions, 25 years of experience, knowledge and hospitality of our staff, a modern fleet, commitment to safety and a dedicated Arabian Adventures office in Abu Dhabi.

“Flight availability from Australia is continuously increasing. The Australian traveller generally travels between May and October which is a need period for our region of operation. There is a great mix of clientele from budget to top end. They also purchase services other than accommodation as they are adventurous and want to experience destinations.”

Also joining the delegation will be representatives of MSC Cruises, the largest privately owned cruise line in the world, which operates in the Arabian Peninsula as well as the Mediterranean, Northern Europe, Caribbean, South Africa, South America and Cuba..